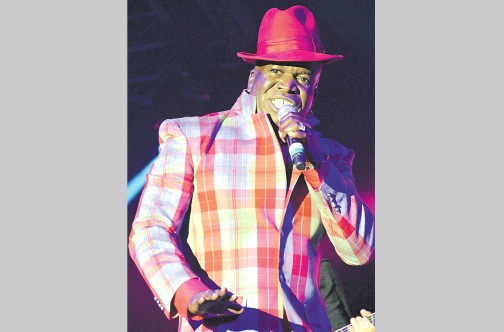 Greensleeves Records, the British company largely credited with introducing dancehall music to a wide audience in the United Kingdom, will have a revival in 2017.

Chris Chin, president of VP Records, the company that owns the Greensleeves catalogue, told the Jamaica Observer that, “We are celebrating the 40th anniversary of Greensleeves Records with extensive marketing and new releases.”

VP bought Greensleeves in 2008. The latter was actually founded in 1975 by Englishmen Chris Sedgwick and Chris Cracknell.

The Greensleeves roster is an impressive collection of late 1970s roots-reggae, 1980s dancehall and mega sellers from the 1990s.

Chin, who was awarded the Order of Distinction two weeks ago by the Jamaican Government, cites the Greensleeves acquisition as a highlight of his VP presidency.

Born For a Purpose, recorded at Channel One a year earlier.

It became an underground anthem among punks in London and opened doors for a new wave of artistes who emerged in Jamaica during the early 1980s.

Many of those acts, including Yellowman and Barrington Levy, were signed to Volcano records, owned by producer Henry “Junjo” Lawes.

Greensleeves and Volcano signed a distribution deal that made Levy a star in the UK with songs like Englishman, and revived John Holt’s career with Police In Helicopter.

Greensleeves was even more successful in the 1990s with the international appeal of songs like Shaggy’s Oh Carolina and Heads High by Mr Vegas.