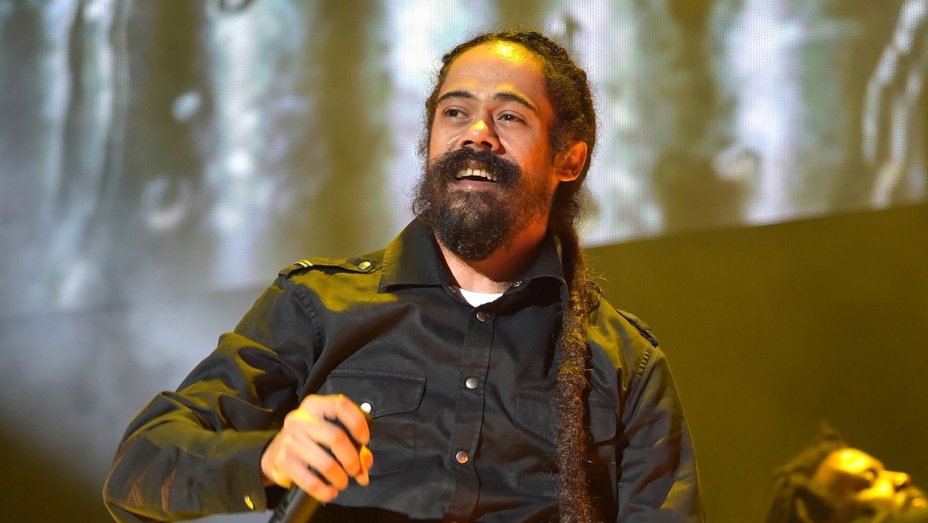 Bob Marley’s youngest son is partnering with Ocean Grown Extracts in an ambitious bid to create a multi-million dollar venture.

Damian Marley has announced that he, in partnership with Ocean Grown Extracts, is converting a former 77,000-square-foot California State prison into a cannabis grow space that will cultivate medical marijuana for state dispensaries.

“Many people sacrificed so much for the herb over the years who got locked up,” says Marley, 38, noting the poetic justice of turning a prison that once housed non-violent drug offenders into a cannabis cultivation facility. “If this [venture] helps people and it’s used for medicinal purposes and inspires people, it’s a success.”

By that measure, the prison-to-pot farm initiative is already a triumph. With their purchase of the Claremont Custody Center in Coalinga, Calif. for $4.1 million, Marley and his partners instantly relieved the economically challenged Central Valley town of its roughly $3.3 million debt. The venture will also generate 100 jobs — in an economically stagnant region plagued by an ongoing, historic drought and descending oil prices, both of which have damaged the region’s traditional farming and oil industries — and will generate an estimated million dollars in annual tax revenues for Coalinga.

The new business began “in a very organic way,” says Dan Dalton, Marley’s longtime manager. “Cannabis is something that’s around Damian every day with friends, family and with his Rastafarian faith. We’ve watched people who have sacrificed their lives for it. That injustice has motivated us to be advocates as well as knowing that there are healing properties in cannabis.”

Marley today also announced the introduction of Speak Life, a proprietary strain of cannabis he created with Ocean Grown. The strain is based on the company’s lauded OG Kush, but altered genetically with the help of a Ph.D-trained chemist at who helped cultivate the unique breed.

“The OG has always been my favorite,” says Marley, who met with the chemist while making Speak Life. “When they introduced this strain of OG I really loved it and loved its consistency.” The bud is a hybrid made of 70 percent indica and 30 percent sativa, and is hand-watered and trimmed.

Damian Marley Reflects on Grammy Tribute to His Father

Marley and his partners are prepared for the “green rush” should California’s Proposition 64 — which would legalize cannabis for adult recreational use — passes in November, as the polls seem to indicate. And California isn’t alone in reconsidering marijuana’s legality, either. Voters in seven other states will choose whether to legalize recreational and/or medical marijuana: Arizona, Maine, Massachusetts and Nevada could approve the use of recreational pot; Arkansas, Florida, and North Dakota will decide on legalizing medical marijuana, which a status the plant has been assigned in 25 states and the District of Columbia.

Marley’s Coalinga facility will begin producing oil extracts in 60 days, and by this January will harvest its first crop. But Marley, like America, isn’t limiting himself to California. Two weeks ago, in partnership with Colorado-based TruCannabis, he also launched Stony Hill, a 3,000-square-foot dispensary in downtown Denver, just across from Mile High Stadium, along with a 30,000-square-foot grow space (pictured above), complete with RFID tags for each plant.

What makes Marley’s new business ventures unique is that none of it involves licensing deals, which he’s been offered in the past. In fact Marley and his team have invested both in TruCannabis and Ocean Grown — the latter of which is run by Marley’s manager Dan Dalton’s brother and sister Casey Dalton and Kelly Dalton.

Marley is, of course, cross-promoting his cannabis ventures with his music. Stony Hill, the name of that new Denver dispensary, is also the title of his fourth full-length album, set to be released in January (just in time for that first crop from Coalinga, too) on Republic Records. Speak Life, the name Marley’s new strain, also happens to be the name of a track from Stony Hill.

“I didn’t know it would happen this way,” Marley says when asked if he’d considered weed’s legalization to be possible in his lifetime. “This was definitely something we were working towards for a long time, before I was even born. There was Peter Tosh’s ‘Legalize It’ and songs like that — this is something our culture has been working towards. I was optimistic that it would one day be legal — and now it is here.”