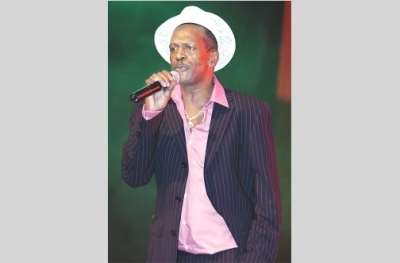 LOVERS’ rock giant Gregory Isaacs, who had a massive following in England, will be honored with a Blue Plaque at the house in which he died in London six years ago.

The plaque will be dedicated at 59 Weald Lane, Harrow, his widow June Isaacs told the Sunday Observer.

“This mean’s a lot…I feel honoured, very proud that Gregory has joined his predecessors Bob Marley and Dennis Brown being awarded his own Blue Plaque,” she said.

The symbolic Blue Plaque has been placed at homes of famous people in Britain since the late 19th century. Among them are Marley, Brown, John Lennon, Jimi Hendrix, poet Lord Byron, and authors Charles Dickens and Robert Louis Stevenson.

Isaacs was 60 when he died from cancer.

Known as ‘The Cool Ruler’ because of his dapper costumes and laid-back delivery, Isaacs had a prolific career that started in the late 1960s.

Most of his hit songs, including Soon Forward, Tune In and Night Nurse were popular in the UK where he performed regularly.

“Gregory always looked forward to performing in the UK…always a full house. Lovers’ rock was a vital part of his repertoire so for the ladies he could do no wrong,” said June Isaacs.

On October 17, Gregory Isaacs will be invested with the Order of Distinction from the Jamaican Government for his contribution to the development of the country’s music.