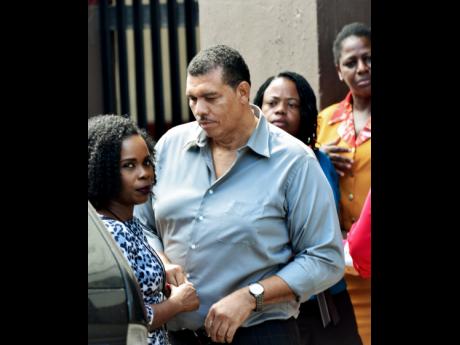 Following news that businessman Patrick Powell has been freed of all charges related to the 2011 shooting death of 17-year-old Khajeel Mais, several persons in the music industry have called for the freedom of dancehall artiste Vybz Kartel, who is serving a life sentence for murder.

The entertainers are of the view that classism was a factor in Powell’s freedom and have expressed dissatisfaction with the not-guilty verdict.

“I just want people to understand that same like how police shoot black people and get away with it overseas, we are not far from that type of thing out here where bias is concerned between the upper and the lower class,” Drake said.

“It is funny how they found so much evidence and this and that to convict Vybz Kartel, yet they couldn’t even get this man to hand over his firearm for testing. Trust me, it’s not a good look, and God nah sleep. Free World Boss,” the producer said.

Record producer Skatta Burrell took to social media to air his opinion on the verdict. Along with a photo showing the accused Patrick Powell walking to his car, the producer wrote on Instagram.

“All I can say is free Vybz Kartel”.

Mais, a Kingston College student, shot dead when the driver of a BMW X6 reportedly opened fire on the taxi in which he was travelling after it collided with the sport utility vehicle.

Recording artiste Maestro Don is a former Kingston College student and friend of Khajeel Mais. He believes the judicial system is corrupt..

“On the brighter side, thanks for exposing this corrupt system in which we live … I am still upset not only about the verdict, but the ‘Troubled Teen’ act of defamation of your character was totally uncalled for … R.I.P Tracta …,” he wrote to Mais on Facebook.com.

He later told The STAR that Mais was in his year group at Kingston College.

“He was a jovial person. We were in the same year group so it’s sad for me and sensitive because I feel like it could have been me or anybody in a taxi. This makes me question if the law is fair to every Jamaican, and it force me to wonder if it was just a case where they wanted to make an example out of Vybz Kartel … like mi haffi get rid of da bredda ya. Right now, I don’t think it was a fair trial,” he said.

In the Home Circuit court yesterday, Justice Lloyd Hibbert directed the jurors to return a formal verdict of not guilty after the Crown offered no evidence in the case.

The development comes after the prosecution’s star witness Wayne Wright on Friday recanted his witness statements to the police in 2011.

Powell was charged with murder and shooting with intent.