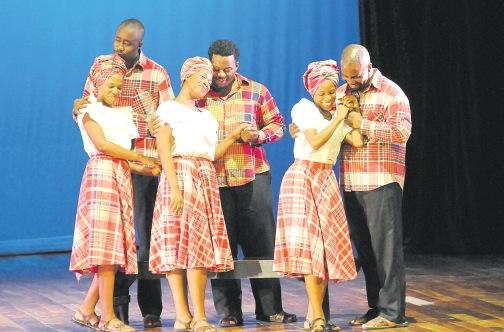 THE Jamaican Folk Singers will be hosting a benefit concert at the University Chapel on the grounds of The University of the West Indies (UWI), Mona campus, in Kingston on Sunday.

Showtime is scheduled for 5:00 pm.

Event organiser and UWI law lecturer, Coleen Lewis said proceeds from the event will be used to assist several final-year students in the payment of their tuition fees.

“The students came to me in September and shared that they were experiencing financial challenges. I asked my friend, the director of the group, Mrs Christine MacDonald Nevers of the Jamaican Folk Singers for help, and they were gracious to agree to assist,” Lewis told the Jamaica Observer.

Lewis, who has been with folk singers for four seasons, said she is encouraging the entire Jamaica to come out and support this worthy cause, while listening to some great music.“The University Chapel is known to have excellent acoustics and Mrs Nevers has put together a very special programme to suit the venue and the occasion. The programme will feature selections from the group’s repertoire of over 200 folk songs, which were originally arranged by the Dr Olive Lewin, our founder,” she said.

Lewis said this is not the first time “the Singers” are embarking on a charity concert.

“I, through my Rotary Club (Trafalgar, New Heights), have partnered with the Jamaican Folk Singers over the past two years to bring children at risk from the inner city to the concerts, which is normally held in September.

“Therefore, it’s not new that they would agree to assist these UWI students in raising funds for their tuition fees,” she said.

Formed in 1967 by Lewin, the Jamaican Folk Singers are charged with the task of unearthing and exposing the beauty and artistic worth of Jamaica’s musical heritage, at home and abroad. The group has received international recognition and acclaim, performing to audiences in several countries including the United States of America, Canada, Great Britain, Germany, Cuba, Mexico, Martinique, Barbados, Trinidad and Tobago, Argentina and South Africa

Source: A concert for a cause – Entertainment – JamaicaObserver.com