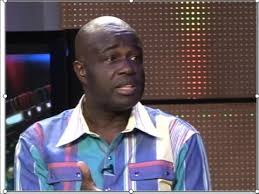 This year’s staging of Sting, the one-night reggae and dancehall event will be the last, as we have come to know it for the past 32 years.

This, as the organiser is shifting focus, taking this popular cultural brand to the world by offering franchises to promoters worldwide to stage one global event in different locations on December 26, 2017.

The man behind the concept of what is being dubbed One World Sting is Jamaica-born UK-raised strategist and Product Developer Dr Everton Flemming.

For him, this aspect of Brand Jamaica has to keep up with international trends.

“For the past 32 years, Sting has built a great brand. But there is a lot more that can be done with this product and we see this new format as a part of that. A vehicle has to be created to set a new standard for promoters, artistes and their managers, and that is what we are doing with One World Sting.”

The ‘new’ Sting will be launched in London in August of next year. This will establish the blueprint of what is expected of the international promoters during the global event four months later. Among the international countries and cities being targets to host their own version of Sting are Pretoria (South Africa), Beijing, London, Paris, Shanghai, Sydney, New York, Los Angeles, and Japan. These shows will feature what Flemming calls “A-List acts” from Jamaica, as well as from the particular markets in which the shows are being staged.

Interested promoters will be drawn from a pre-qualified list obtained through consultations with the Ministry of Culture and other like agencies in their respective countries and invited to a promoters conference to be held in Miami in March of next year.

“All promoters will be pre-qualified. We will look at your record as a promoter, look at what you have been doing in your country. How have you been managing the music itself in your country? What is the ministry of culture saying about you as a promoter in your country? The invitations will be going out to the ministry of culture in the country and they will be recommending promoters to us. Plus, once our website gets going, we expect to receive contact from interested persons,” Flemming noted.

Isaiah Laing , chairman of Supreme Promotions, the outfit which has staged Sting for over three decades, is pleased with the new turn for his product.

“I have always been open to dialogue to see how we can build Sting. It took three months of discussions to take me here, but it was nothing I was opposed to.”