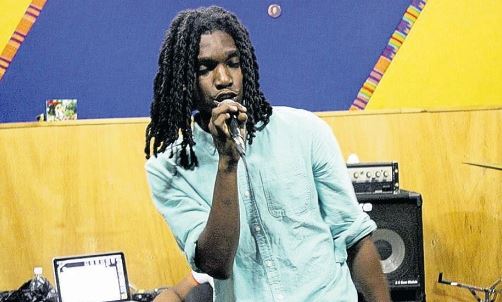 WITH his father as his inspiration, up-and-coming singer Meleku is hoping to get his big break with his latest single What To Make of This World.“In this song, I want us to search ourselves and see how best we can contribute to not only our country, but the world. I want this song to not only break musical barriers, but all the barriers that divides us,” said Meleku, son of reggae singer Sizzla Kalonji.

What To Make of This World is produced by Xterminator Nation Records and was released in June. Last month, Meleku made his debut at Reggae On The River in California. He described his set as an unforgettable one.

“To perform on the same festival as my father is really an honor. I got the chance to deliver a 40-minute set and it was well received. It was my first performance in California and my biggest show in the United States, so I feel really blessed that I could bring reggae music a step further,” he said.

Meleku, whose given name is Meleek Collins, spent his younger years in August Town before relocating to Liguanea in St Andrew. Growing up Meleku had desires of a career in sports, but that changed while attending Ardenne High School.

“I was more into athletics, but later began recording at my father’s and cousin’s studios. I took about two years to hone my craft, then I released my debut single Right Place last year,” he said.

He said he doesn’t feel pressured to follow his father’s footsteps.

“No. I don’t feel pressured because only I can allow myself to be pressured. But I will admit that persons have really high expectations of me,” he confessed.

Among his upcoming singles are Can I Get A Pound, slated to be released next month.
He is also preparing to release his debut seven-track EP later this year.