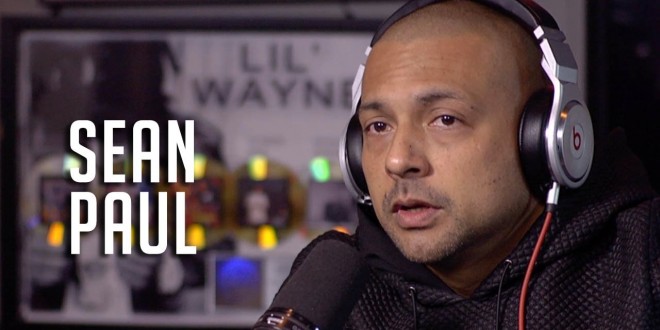 Sean Paul the Jamaican Dancehall Super Star has started talking about his frustration in an interview with the Guardian. He believes they are suddenly incorporating elements of dancehall oriented music, into their music, but they don’t credit where dancehall came from. He said they take and take and don’t credit.Even though the Jamaican admits that he likes some of Drake’s music, he doesn’t think Drake is a very good Rapper. He referred to Drake. Kanye and Justin Bieber, as he spoke about the issue. He also added that artistes are appropriating  Dancehall now that “Dancehall is back, but it is infused with the Afrobeat ,  trap and hip hop and he said that’s fine with him.

But Sean Paul, jumped on a song done bt Major Lazer called ” Come On to Me ” in 2014. It seems as if he believes the Electronic Trio should be in the group with the other artistes. He also admitted that he would like the Jamaican Dancehall music to be on top, but it isn’t right now. But for now Sean Paul has been busy in the studio. He has written over 200 tracks and he has done collaborations with many Jamaican producers and musicians. He has even linked up with the big producer called ‘Blood’ who was responsible for “Sorry” Justin Beiber’s Hit Song. And he worked with “Wiz Khalifa ‘, Clean Bandit and Little Mix.

Sean Paul’s album “Dutty Rock” had launched Dancehall into the mainstream, but a shift took place when some Jamaican Dancehall artistes decided to put out homophobic lyrics in their music, or it could be just a shift in peoples taste. But  Sean Paul seems to believe the homophobic lyrics delivered by some Jamaican artistes, could be the reason why Dancehall became less popular over the years.  A lot has changed for the artiste , he no longer wears corn rows and the Mow Hawk that he had been wearing after that is now gone too.

He is coming to terms with no longer being one of the worlds Pop Elites. And he seems to be a bit remorseful when he speaks about his fade from Global fame.  But that is the nature of the music business, artistes are replaced whenever people hear something new and different, and this causes artistes to fade in popularity most of the times.

Seal Paul also spoke about his love for the weed , and how it helps his creativity. He says he is no longer smoking it, but he is drinking the tea now. As he has problems with Asthma. But his fans will be happy to buy his music , even though his last album’ Full Frequency ‘ was released in 2014 and it sold about 5000 copies in the USA. That of course is far less than what he was accustomed to before, when his music was doing well all over the world.

Source: Sean Paul upset at Artistes like DRAKE Who Don’t Give Dancehall Credit |