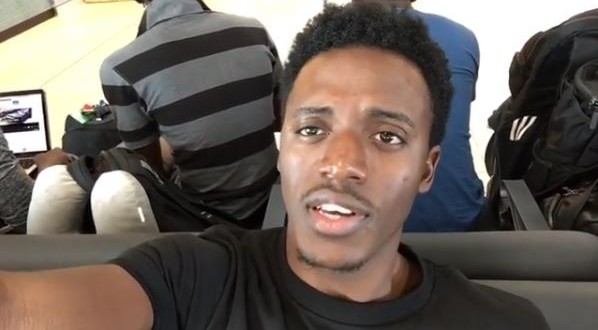 Jamaican star Romain Virgo is excited about making his maiden trip to Kenya. He is set to arrive at Jomo Kenyatta International Airport at 8:30pm on September 14, 2016 (tonight) for a stopover on his way to Zimbabwe.His visit comes after several other acts including Chronixx and Jah9 stamped their reggae presence in the city. Even so, his trip to Zimbabwe is an assurance that “reggae artists are not in the business of exploiting African promoters,” Romain Virgo told a local digital publication on Kenya on phone. This comes after a while back a Zimbabwean website published that Reggae acts were charging African promoters twice what they would charge on tour in Europe or America with a point in case Busy Signal’s last tour to Zimbabwe.

Even so, Romain is looking to continue his spirited ‘Love Sick Fever’ (new project) tour vibes evens as he performs on the 32nd anniversary of Shashamane International, that has seen him left quite huge impressions on world stages such as The Houston Texas’ Jerk Fest, The Jamrock Cruise and the Reggae Sumfest 2016.

According to Reggaevile, in 2007, Romain Virgo made history as the youngest contestant ever to win Digicel Rising Stars, Jamaica’s talent competition, at the age of 17. Virgo was sensational throughout the 2007 competition and outshone his opponents with singing skills that seemed to stretch beyond the talent of a 17-year-old.

Romain will be in the country for a day during his stopover to Zimbabwe where he has a show. He jets back into the country on September 19, 2016.The_ Love Sick_ hitmaker is billed as the headlining act for Soul Provider Tour in Kenya at the KICC on September 24.

Tickets are currently on sale at www.mi-ticket.co.ke. Romain will be joined by Unity Band and Kenyan top music diva Vivian among other local reggae acts.

A press conference with Romain Virgo and the event organiser Papa Bingi will be held on Thursday 15th September, 2016. Beside talking about his first visit, Romain will give an insight into what fans should expect in his tour, a detail of his itinerary when he jets back into Nairobi after his Zimbabwean concert and his music projects. The event organiser and CEO Papa Bingo will also speak about the upcoming Soul Provider Tour.