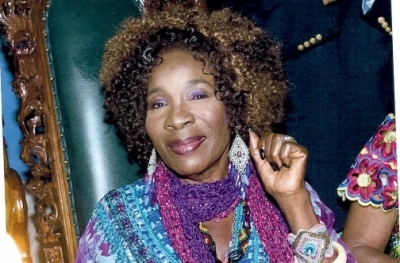 KINGSTON, Jamaica — OBSERVER ONLINE has been reliably informed that Rita Marley, widow of reggae superstar Bob Marley, has been admitted to a Miami hospital after suffering a major stroke in the United States city last night.

Sources have informed the Observer that Marley is in Miami to attend an event, but her appearance has been cancelled.

It is understood that she had suffered a stroke before, but this is considered the most serious and members of the family have been tight-lipped about her condition, but have been closely monitoring her condition.

Seventy-year-old Marley, born Alpharita Anderson in Santiago de Cuba in July 1946, is the mother of three of Bob’s 13 children — David (Ziggy), Cedella and Stephen. She married Bob in 1966.