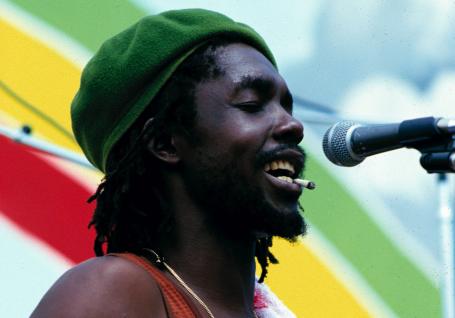 WITH LATE reggae legend Peter Tosh being honoured this October with the opening of a new museum located at the renamed Peter Tosh Square at the Pulse Centre in New Kingston, Jamaica, it was recently announced that his famed backing band – Word, Sound and Power – will reunite with original members at a benefit concert following the event.

Formed in 1976 as Tosh’s official backing group, Word, Sound and Power toured with the star both in the United States and Europe and played during the iconic One Love Peace Concert in 1978. Performers who have been invited include an incredible collection of famed reggae artistes, many of whom have already confirmed their appearance.

When the Peter Tosh Museum officially opens its doors, Jamaicans and visitors from around the world will be able to view a large collection of never-before-seen Tosh memorabilia, as some of the treasures will be displayed to the public for the first time. Visitors will also be able to relive aspects of the non-conformist, futuristic and abundantly creative Tosh experience through sizzling audio and video recordings featuring the superstar, as well as iconic artifacts including his M16 guitar and beloved unicycle that became one of his favourite means of transportation. Also available will be exclusive merchandise for sale to the public.

The museum project is a joint-venture collaboration between the Peter Tosh Estate, Pulse Investments Limited and Andrea Marlene Brown.