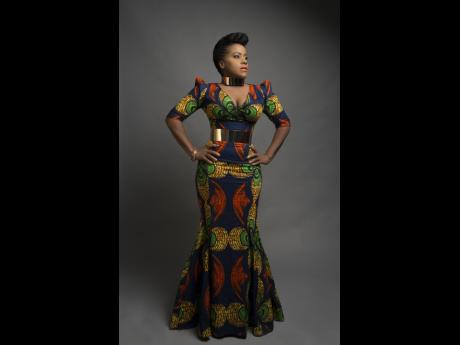 Etana: What is she, his wife? A Mexican, and she can’t even speak English properly?

Etana: But she’s still not white , all the way. Don’t it? And she can’t even speak English properly.

Folks, I can’t make this stuff up. That’s how it went. Word for word.

On Friday night, people were clearly paying attention to local TV. Entertainment Report, specifically, the Etana interview and the ensuing rants by the artiste on social media were the number one topic of discussion all of Friday night and well into Saturday.

In the brief exchange between the singer and Anthony Miller, she dropped so many bombshells:

I racially profile every now and again.

‘Twas a litany of woes.

I watched the interview and cringed at every offending response.

The PR practitioner in me wanted to throw on my cape and save her from herself.

Where was Sandra Forbes when you needed her to direct the interview and insist, “I don’t want nuh foolishness to go out.”

It was a classic lesson in what not to do. How not to handle an interview and how not to respond when you aren’t pleased with the end product.

Never take an interview lightly. Especially not one with Anthony Miller. Prepare. Every response you give must be carefully thought through before you deliver it. Ensure that you say what you truly want to and not what just flies iton your head.

When the piece is edited and aired, you can’t be mad that the interviewer didn’t carry everything you said. The show is half an hour long; he can only carry the clips that are punchy and make for interesting TV. You can’t be upset with Anthony because he never carried the parts you wanted him to. Etana expressed that she felt her words were skewed and that she was misrepresented.

The fact is, you said those things, sugar. Anthony couldn’t have put it in the show if you didn’t say it. The fact that you may have said other things is nice, but that “I’m voting for Donald Trump” bit overshadows everything else.

I’ll leave most of my Donald Trump sentiments in my head ’cause I going Merica next week on the invite of the White House and I better walk chalk line. Suffice to say, in the same way that I’m keeping my thoughts on Trump to myself, Etana should have followed suit. To go on national TV and profess: “Yes, I am a Trump supporter.” “He is not prejudiced” is a move that concerned me.

After intense discourse with Twitter fans, she, on Sunday, appears to have caught herself and tweeted:“Taking the time out to do what I never did before and that’s extensive research on both US candidates, so I can be more clear on everything.”

Good move. I’d love for her to share with John Public what she discovered after that exercise.

So many things went wrong in that interview. However, the most unfortunate was her comment about her music.

“My music has nothing to do with what I believe in.”

“My music is for the world and for the people, but this is just a personal thought.”

There’s an authenticity that we expect from our singers. When you sing message music about real-life issues and struggles and injustices in the world, you are held to a standard higher than the rest. People commiserate with you because they feel like you have been where they have.

So when you say, “It’s just music,” it feels like betrayal.

Over the span of her career, Etana’s put out songs that meant something. Wrong Address, I Am Not Afraid, Warrior Love, I Rise. This isn’t Ding Dong shelling down a party with Siva. This is social commentary you assume to be coming from the soul of someone who has lived it. And because of that, you believe her. You believe in her.

That newly professed absence of authenticity is perhaps the most damaging part of the interview to Etana’s career.

I like Etana. I still do especially afetr her sobering apology last night in which she tried to out a raging fire. I like her music, and before this interview, I thought her a solid, level-headed young lady. I beg that she do two things:

1) Hire a good publicist; and 2) never do an interview unprepared again.

They say all PR is good PR, but if it isn’t handled properly, some PR can completely ruin your career.