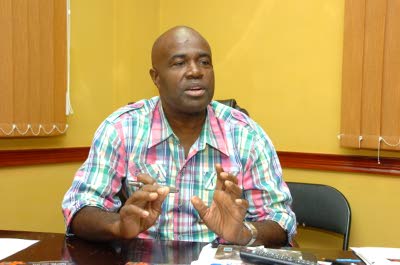 WITH an investment of US$350 million, organisers of Sting are rebranding the one-night music festival as One World Sting.

According to Isaiah Laing, CEO of Supreme Promotions — organisers of Sting, this rebranding is aimed at fusing reggae/dancehall with all genres of global music.

“This is the way to go right now. Anywhere in the world, there is a promoter doing a Sting. Our music is global; we thought it is the best to rebrand and just get every genre involved. We are cleaning up the brand and sending it to the wider world,” Laing told Jamaica Observer yesterday.

He said the event would engage a more diverse global community of audiences and participants in music at all levels. It will be the vehicle through which global brands would integrate with Brand Jamaica.

The event is set to premiere in London, England, on August 2017. After that, it will be simultaneously staged on December 26, 2017 and annually in over 100 cities, including Beijing, Paris, Sydney, New York, Durham, Johannesburg, Kingston, Los Angeles, the global cultural and entertainment cities.

The One World Sting is slated to reach some 2 billion people in its first staging.

Laing said the idea was born out of discussions between Dr Everton H Flemmings, strategist and international management consultant, and himself.

“I didn’t see this coming, but we have evolved. We couldn’t dream what this would become, but the entertainment world is changing. Dr Hemmings and the Sting team sat and discussed this for a while. It was like a 70-page plan,” he said.

Started in 1984, Sting has featured the cream of the crop of Jamaica’s reggae and dancehall music, as well as American rappers Biggie Smalls and Kriss Kross. One of its drawing cards has been its dancehall clashes.