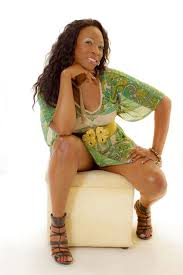 Dancehall divas Macka Diamond and Spice reignited their beef thanks to a diss track coming from withing the “So Mi Like It” deejay.

Macka accuses Spice of not only being disrespectful towards her but also other female dancehall artists.

“Mi just tired of people who act like dem wah tek music business for a game. Me never grow up in this business and see people a try diss females, and this girl diss other females and gwaan like she don’t want the rest of the females to eat any food,” The “Money O” deejay said.

“She diss Tifa, she diss everybody, and gwaan like she wah cow down and bully people. Mi nah ward wid dancer fi gwaan inna the road guh beat up dem front,” Macka said of the lyrically lethal queen of stage show.

The tension between Macka and Spice erupted after Team Spice dancers released a diss song aimed at Macka. The diva believe Spice was the instigator of the diss thrown at her. Macka declared the song to be weak, but applauded the dancers for  sounding better than Spice.

“Macka Diamond name is global and mi create things in music weh people never do before. So before the rest of mi teeth dem drop out mi a mek sure sey mi lef mi name good inna this,”

The outspoken money goddess pledge to defend her honor as she continues to create waves in the music industry.