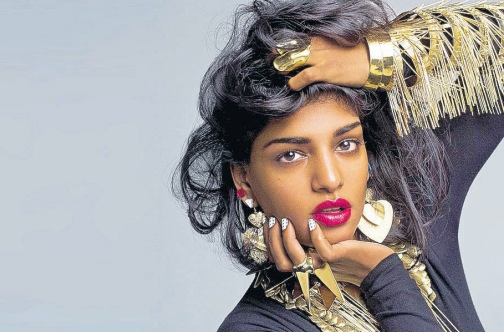 ENGLISH rapper M.I.A adds Jamaican flavour to her fifth studio album AIM, which was released on September 8 via Interscope/Polydor.

Survivor, which was produced by Justus Arison, was recorded at the UIM Records studio in Kingston. Foreign Friend, produced by Daseca Productions, is a collaboration with singjay Dexta Daps, best known for hits including Seven Eleven and Shabba Madda Pot.

AIM debuted at number one on the iTunes Electronic album chart. M.I.A, whose real name is Mathangi Maya Arulpragasam, is best known for hit songs Paper Planes and Boys (the video was shot in Port Royal).

The single Paper Planes received a Grammy nomination for Record of the Year and peaked at number four on the Billboard Hot 100 Chart.The song was sampled in Swagger Like Us, credited to TI, featuring M.I.A, Lil Wayne, Kanye West and Jay-Z, which earned two Grammy nominations.

Now 41, she began her career in 2000 as a visual artist, film-maker and designer in West London, before moving into music two years later.