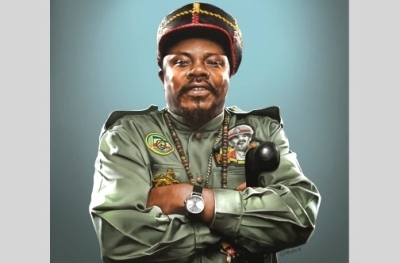 Luciano, who cancelled several dates in the United States after his visa for that country was revoked this month, will reapply for a US work permit in October, his booking agent told Splash.

“It’s not as bad as how they are making it out to be. We spoke to an immigration consultant who advised that he (Luciano) could reapply for a work permit as early as April next year. We will be applying for a visitor’s visa in October; he will just have to get a letter from his lawyer and we will take it from there,” said Sonia Sterling.

Two weeks ago Luciano was in Toronto, Canada, en route to Amsterdam via New York, when he was interrogated by immigration officers. His hand luggage was searched and a herbal liquid discovered.

His US visa was subsequently revoked. Sterling said the singer has returned over US$40,000 in deposits to promoters.

“One of the promoters actually said that he will push the booking back to next year, so that was quite kind of him. Right now, Luciano will be doing a lot of stuff in Europe. We just have to take an extended break from the US until this is done, it’s a good thing we did not take any money for the tour we have planned,” she said.Luciano said he has used the hemp-based fluid for several years. “We are optimistic that everything will be resolved soon,” Sterling said.

The 51-year-old artiste (given name Jephter McClymont) is known for spiritual songs such as Lord Give Me Strength, It’s Me Again Jah and Sweep Over My Soul, all from his 1995 album Where There Is Life.

Source: Luciano to reapply for US work permit – Entertainment – JamaicaObserver.com