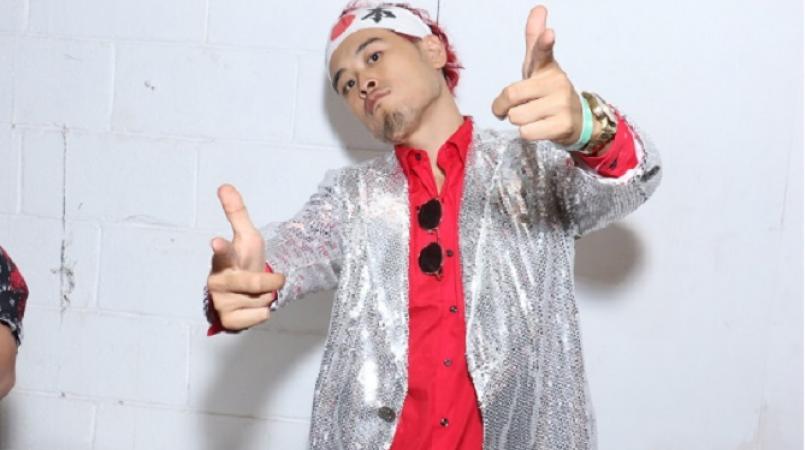 Japanese artiste Triga Finga is riding the waves of his first solo patois single “Badmind People” which was released on August 6, Jamaica’s Independence Day, and the anniversary of the Hiroshima bombing in Japan.

Both dates have great significance to the 28-year old, whose given name is Hiroya Koshiishi, as he is connected to the two countries, and holds them in high esteem. He said it was an honour for him to release the song on that day.

“It’s a conscious song” he said. “All over the world you have badmind people, and dat cause a lot of problems.”

With snazzy and easy to follow lyrics, the chorus scores by scolding “badmind people”, highlighting the fact that they cannot be trusted.
“Dem a badmind people, dem a study pure evil.  Mi nah jump inna dem vehicle, cause dem a Evel Knievel”.
He clinches with an observation that he is smarter than the typical tricks which set out to deceive:
“True mi nuh fool, mi nuh fall fi dem charm, mi always know what a gwaan. Mi tell yuh straight dem nuh innna mi thoughts, dem nuh inna mi heart. Nuff dem a juk like a poison dart mi haffi watch everywhere mi walk.”
“We haffi fight against badmind, and show dem seh wi still a make progress and still have success even when dem fight we,” said Triga Finnga, adding that people should take a motivational message from the song. “We can’t mek badmind win.”
Born in Saitama, Japan, Triga Finga found his calling in music in 2005; and got his name from Jamaican singjay, Anthony Red Rose, based on his lyrical dexterity. His love for Reggae and Dancehall grew, igniting a passion for the genres, and he has been performing in Japan since 2007, with popular songs that have brought him attention for his signature style.
Hungry for more knowledge, deeper understanding of reggae and dancehall music, and the curiosity to learn and sing in patois, he journeyed to Kingston, Jamaica, in April 2015. Armed with a determination to learn and succeed, no knowledge of English and little knowledge of patois, he has been in the island since arrival, travelling, recording and learning the language and culture.
The experience has been life-changing, and he has performed with the likes of Popcaan – with whom he has a hit song, Kick Out – and who gave him the name “Unruly Japanese”. Dancehall artistes Aidonia and Chi Ching Ching have also highlighted him with opportunities to thrill the crowd at events across the island. “They don’t discriminate, mi a Japanese and they don’t care, dem know mi say Dancehall and Reggae, and dem treat mi good,” he added.
“Badmind People” is featured on the Reality Riddim from producer Valentine Lawrence aka Jahboot the Apogeefam, Founder and CEO of Jahboot Music Talent. Two of Jamaica’s top recording artistes Popcaan and Sizzla have also voiced songs on the riddim, and all three tracks are getting rotation on local radio.
Lawrence said the riddim is making waves, and Triga Finga will has a unique track on it. “I see him as a man of change, he found himself in the Jamaica music industry and he is here to make a stamp and show that you can make a difference. A lot of people can relate to the song because it signify how badmind people operate, so I know people will love it.”
Having learnt the basics of Reggae and Dancehall from the streets, and a taste of stage performance in Jamaica, Triga Finga is gearing up for a 15-show tour of Japan from September 2 to October 24 where he will deliver big on his hits. More confident than ever, he said the experience in Jamaica has prepared him for the task ahead.
“I am happy for the experience,” he said. “I get success inna Jamaica so that’s why people want to see mi. Mi want deliver the real thing in Japan and come back in October to continue mi journey here.”