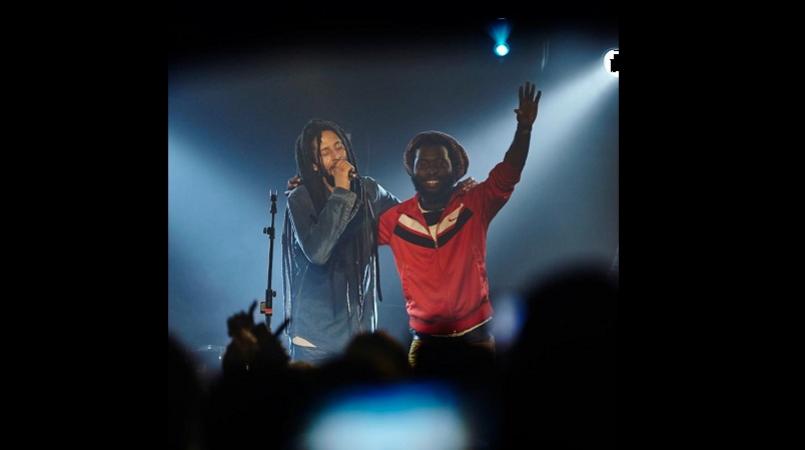 Reggae artiste IBA Mahr recently returned to the island after a scorching hot tour of the UK, alongside Reggae artiste Julian Marley.

The tour started in mid-August and rounded out on August 21, in London at the Scala, after making stops in Brighton, Birmingham, Norwich, Leicester and Liverpool.

Recounting his experience, Iba Mahr noted that, “It was a great feeling and opportunity to share audience with JuJu on one stage, one tour in the same place. I have performed many times in Europe but this is my first time actually stopping in the United Kingdom”.

With Jamaica celebrating its independence in August, Iba Mahr cited the significance of traveling to the once colonial superpower, “England has a strong history going way back with reggae and August was Jamaica’s celebration of independence for over 50 years from the British Colony and as such, we also reflect on how we came here and the strong connection with people of the diaspora in that part of world”.

The artiste noted “the music is widely accepted, in Europe, UK, Canada, USA and even Africa but Jamaica produces music by the seconds and what I’ve observed is that Europe take time to process music and more love is being expressed for positive and conscious messages with Reggae as the vehicle.”

Now back on the island, the artiste is currently working on several projects while still enjoying the run of his 2015 hit Diamond Sox and rotation of his latest video Haile, a song in tribute to HIS Imperial Majesty Haile Selassie. Iba Mahr promises new projects; with the visuals for Worries Tonight by British producers, Frenchie of Maximum Sound and the single BIG MACHINE, both to be released soon.

As it pertains to a ‘Julian Marley & Iba Mahr’ collaboration, the artiste notes that they are “getting there”… “We just need the perfect message and melodies that will connect with our fans, but a song is definitely in the pipeline together”.

Iba Mahr is now gearing up to head into the USA set for November and will run to December. Iba Mahr is also making plans for the second edition of his Sound Di Alarm Festival and promises an unforgettable experience.