Many reggae heads will have passed up on this festival in favour of the more traditional Notting Hill Carnival, but that was a mistake as Clapham Common witnessed a homage to the old school on Bank Holiday Monday.

Madness may have been top of the bill but a rare performance by Toots & The Maytals stole the show. Fans bounced along to classics like “Pressure Drop”, “Louie Louie” and “Monkey Man”, hanging onto every word of the charismatic and ever-so-slightly lascivious frontman Toots Hibbert. 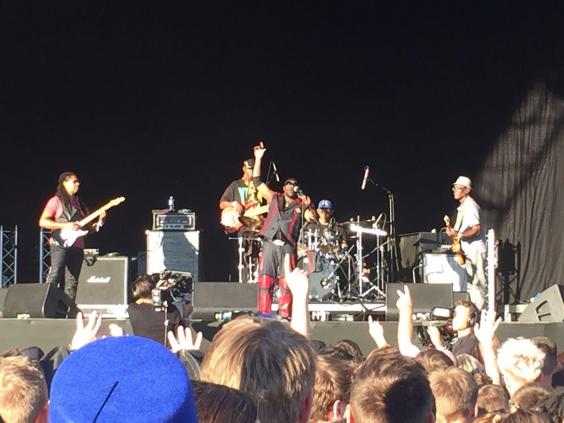 The 73-year-old rolled back the years, prancing and jiving his away through the set. It was a special performance considering the issues he faced after being struck by a vodka bottle during a performance in 2013.

David Rodigan MBE entertained the crowd with a swift and sweaty lesson on reggae and dancehall. He knows only one setting, and that’s banger after banger. The one criticism is the set should have perhaps been longer.

Hours before, there was dub from pioneer Lee “Scratch” Perry and a sprinkle of jazz from Hot 8 Brass Band.

Now to the hosts and curators of the festival – Madness. Cue timeless jumpy, ska anthems like “One Step Beyond”, “Baggy Trousers” and “House of Fun”.

The middle became slightly flat when they played new material; and there was even an impromptu break which led to guitarist Chris Foreman attempting to sing Bon Jovi’s “Livin’ On A Prayer”. It didn’t work. 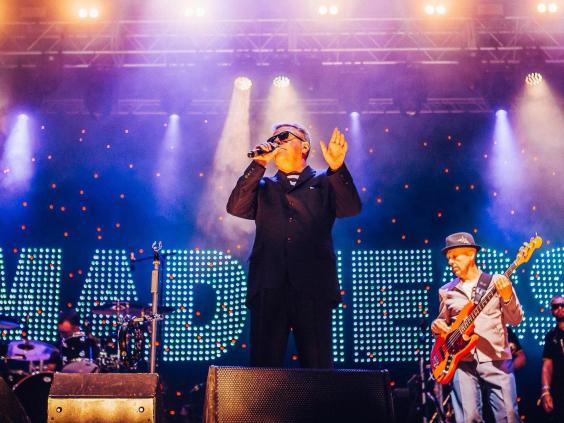 They brought it back with “Our House” and “It Must Be Love”, which saw revellers grab their nearest partner and holler in unison.

There were no cheap tricks at House of Common – it was a celebration of the old school and it’s easy to see why this country fell in love with Caribbean music in the late sixties.

Source: House of Common festival review: Madness and co. show why there is still love for the old school | The Independent