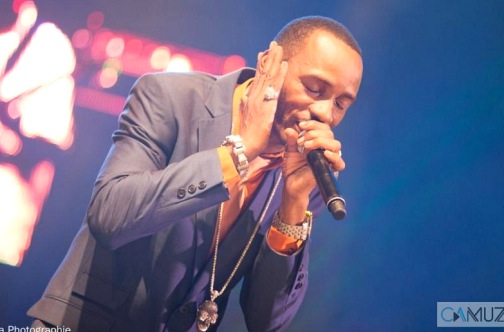 Lovers rock giant Sanchez has no regrets about his decision to do more shows in Jamaica this year. He says the move has paid dividends and some.

The singer, who had strong performances at Rebel Salute in January and Reggae Sumfest in July, also hosts a weekly session in St Ann, which has grown in popularity.

“I guess you could say that this is the year of Sanchez,” said the 52-year-old vocalist, who broke through 29 years ago with the Red Man-produced Lady In Red.

His appearance at Rebel Salute was his first gig in Jamaica in nearly 10 years. Sanchez has since done shows in the United Kingdom, Caribbean and Canada. He was one of the headliners for the August 26 – 28 Montreal International Reggae Festival, which featured several of his contemporaries from the 1980s and 1990s.

“Montreal is one of my best loved cities and Montreal Reggae Festival is one of my favourite shows, and this year in particular it was very special. I performed on Saturday night along with Charlie Chaplin, Brigadier Jerry, Josey Wales, Romain Virgo, Jahmiel and Barrington Levy, and all I can say is that it was definitely an old school and a singers’ crowd, and we all did well,” he said.

Sanchez (real name Kevin Jackson) is among the survivors of the late-1980s dancehall movement. Lonely Won’t Leave Me Alone, Brown Eye Girl and I Can’t Wait are some of the many hits that have him one of the genre’s heavyweights.

His next major gig is the CB Chicken Pan National Finals in October.