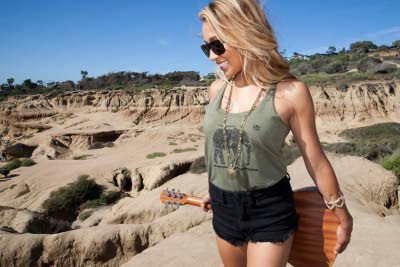 Wandering Soul, the third album from Hawaii-based singer Hirie, debuts at number one on the Billboard Reggae Album Chart this week. It dethroned Rebelution’s Falling Into Place which had been on top for several weeks.

Hirie, who was born in the Philippines, was raised in Italy and Hawaii. She says she is a fan of Tanya Stephens and Damian ‘Jr Gong’ Marley.

Her debut, self-titled album was released in 2013 by VP Records. She followed up a year later with Pacific Reggae, Vol 1.

Wandering Soul was released on August 19 by Hirie Music/Rootfire Cooperative. It has 11 tracks including collaborations with singer Nattali Rize, deejay Nahko and Trevor Hall.

It is the first time a female artiste has topped the Billboard Reggae Album Chart since Joss Stone’s Water for Your Soul in August last year.Elsewhere on the chart, Revelation Pt II — The Fruit of Life by Stephen Marley falls to number three while Set In Stone by Stick Figure is at number four.

Ziggy Marley’s self-titled set is at number five while Water For Your Soul returns at number 10.