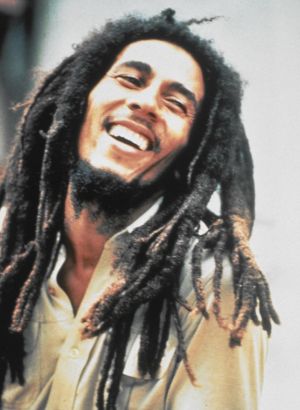 Bob Marley, probably the world’s best-known Rastafarian and the guy who put reggae music on the map, was once asked how he justified driving a BMW, given that the Rastafarian religion rejects materialism. He answered that his car was merely a promotional tool for his band; BMW: Bob Marley and the Wailers. It makes me think that Bob, who died in 1981 from a malignant melanoma at the age of just 36, wouldn’t have had a problem with the idea of The House of Marley.

Within The House of Marley’s various websites you can choose between 26 countries to call home. The American site offers a wider range of products than the local one. Interestingly, there is no Jamaican option on the list, and no Ethiopian one either. Not sure how Bob would feel about that.

Everything in the House looks good. Audio products that are kind to the environment as well as the ear. Earth-friendly materials, recycling, gifts to charity, peace on earth. And maybe even pretty good sound. The media release for Marley’s Nesta earbuds starts off by declaring that the materials used to make them affect the way they sound. Plastic, wood and metal all reverberate differently, doing different things to what you hear, but ceramics, ah, now you’re talking acoustic neutrality. Or so they say. Nesta, by the way, was Bob’s middle name.

OK, they’d hooked me, so I asked for a road test and I got the warm fuzzies just reading the print on the side of the box: “Our products are crafted from mindfully sourced materials,” it says on a package that looks to be made of suitably second-hand cardboard. Open the magnetic front flap to reveal the earbuds tucked up inside, the tangle-resistant 1.3-metre fabric-covered cable secured with a length of jute string. There’s even a black drawstring carry bag in there with a tab in red, yellow and green, the colours of the Rasta flag. There are three sets of endcaps for the buds – small, medium and large – and an integrated microphone in the three-button remote for a phone. The earbuds are not made by happy Jamaicans shaking their tail feathers to reggae; they’re made in China. Like everything else.

I fired them up with my little high-res audio player. Bassy, very bassy, and the definition down low gets a bit fuzzy, especially when the volume is up. But there’s a pretty good soundstage and nicely spacious imaging. Over all, these are a noticeable step up from whatever it was that came with your phone, and once you get the endcap size right they’re reasonably comfy too.

They present as pretty good value for the $49.99 listed in the media release, but not at the $89.95 being charged by a major national retailer. Bob would definitely have a view on that. I pointed this out to the Marley guy who confirmed $49.99 and said (darkly) that he’d follow it up. At time of writing nothing had changed. I guess major national retailers get to do whatever they want to do.

A sales guy at the retailer told me Marley is popular and its $349 over-ear noise-cancelling headphones are big sellers. I had a listen to those and three other models down to $99, and the Marley signature sound seems to be heavy on the bass and light on the highs, getting down to thin at the cheaper end. It’s the same with the little speakers I heard ranging from $79 to $149, one of which – the Chant Sport – is waterproof.