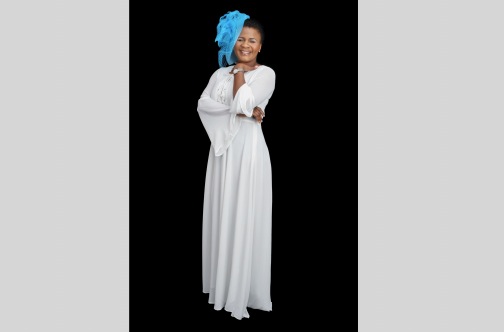 Gospel singer Minister Marion Hall (formerly Lady Saw) is elated about the release the first video of her latest album When God Speaks.

The video, Room In My House, was shot in Brooklyn, New York, last week, by Coche Productions and premiered days ago.

“I am at the happiest place in my life right now. The Holy Spirit is washing over me and I am just happy in Christ. Everyday God is doing something good in my life…new doors are opening,” Hall told Jamaica Observer.

“It was done at a friend’s house… Some friends and I had gone to New York to minister at the Miracle Deliverance Church and we just did the video.

When God Speaks is one of my favourites and it’s been a while since a lot of people have seen me,” she continued.

“I have had conversations with representatives from VPAL (a subsidary of VP Records) who said the sales are going great. I have sold over 370 copies at a restaurant recently. These songs were given directly to me by God so they are very inspirational,” she said.

Produced on her Minister Marion Hall label, the 14-track set features works from musicians including Sly and Robbie and producer Bobby Digital.

A mixture of reggae, dancehall, soca and soul music, the track listings includes You Are Worthy, I Won’t Worry, and I Had Jesus.

But how difficult or different is it promoting your music as a gospel act?

“It is not difficult, but very different as I am more involved with my team as it relates to the promotion. I no longer have to do anything fussy and overly glamourous as it relates to make-up and wardrobe. In the gospel world, no one is competing with me for any position or anything. I produced the album, VPAL distributes, and I have a publicist in New York who assists me,” she said.

Throughout her career as a secular artiste Marion Hall (then Lady Saw) released several successful albums, including Walk Out, Strip Tease, and Give Me A Reason. She even became the first female dancehall act to win a Grammy for her collaboration with No Doubt called Underneath It All in 2004.

Reflecting on her life, Hall said she has never been tempted to return to the ways of the world.

“If I had known that Jesus was so sweet, I would have changed my life and done this a long time ago. I am more than content and happy,” she said.