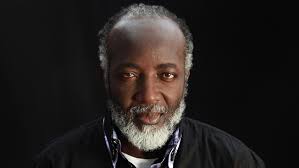 KINGSTON, Jamaica – Freddie McGregor has been nominated for the ‘Guachupé de Oro’ award in Colombia.

Minister of Culture, Gender, Entertainment and Sport Olivia Grange has congratulated McGregor on his nomination, saying, that “he truly embodies what the award is all about”.

A news release from the Ministry of Culture, Gender, Entertainment and Sport stated that the award, which is presented by the Colombia Negra Foundation, honours people whose actions, creations and effort contribute to the development, promotion and increased knowledge about Afro-Colombian, Afro-American and African Culture.

According to Minister Grange, “Freddie, like many of Jamaica’s entertainers, continues to be purveyors of positive music that uplifts and brings people of all races together. The ministry is proud to support his nomination and delighted to provide funding to enable him and his band to participate in this event.”

McGregor and his ‘Big Ship’ Band will be representing Jamaica at two shows, September 22nd and 24th, in Bogota, as a part of the International Black Expression Encounter 2016, for Peace without Racism.

The ministry said funding was made available through the UNESCO Creative Cities Network (UCCN) of which Kingston was designated a “City of Music” in December 2015.

The event is dedicated to commemorate the International Decade for People of African Descent.