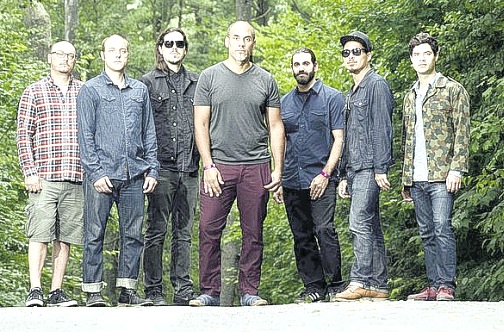 NEW YORK-BASED reggae band John Brown’s Body has scored its third number one on the Billboard Reggae Album Chart with the album Fireflies.

Released by Easy Star Records on September 9, Fireflies contains 10 tracks. The set moved 730 copies in its first week of release.

Fireflies is the band’s eighth studio album and their sixth title to chart on the Billboard Reggae table.

Meanwhile, still on the Billboard Reggae Album Chart, last week’s number one Nothing More to Say by New York-based reggae outfit the Frightnrs falls to number two with sales of 485 to bring its two-week tally to 2,241.

Stephen Marley’s Revelation Part II: The Fruit of Life falls to number six with 255 copies to bring its tally to 8,169, while Stick Figure’s Set in Stone is at number seven with 220 copies sold in the past week. Its total to date stands at 21,110.

Roots of Creation sold 127 copies to enter the chart at number eight with Livin Free, while Wandering Soul by HIRIE falls to number nine with 115 copies.

The number 10 position is held by Ziggy Marley’s self-titled album which moved 99 copies.

Interestingly, in the wake of his death two weeks ago, veteran ska pioneer Prince Buster has seen renewed interest in his album Ska and Rocksteady Collection, which re-enters the chart at number 15 with sales of 66 copies.

To date, the set has moved 99 copies.