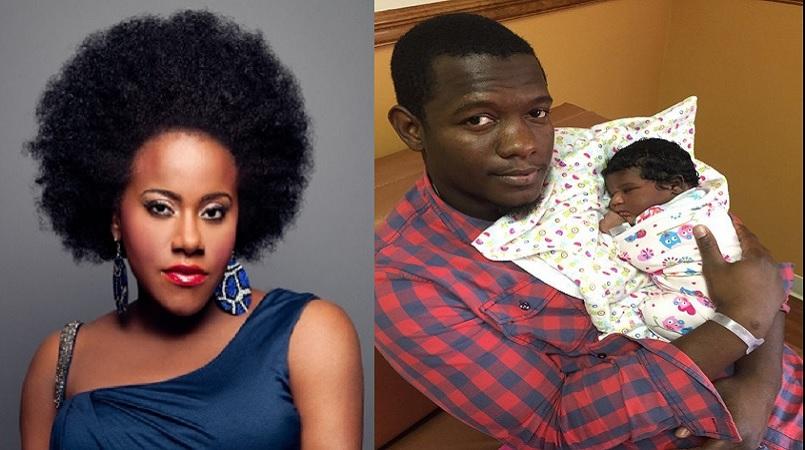 Reggae superstar Etana has started a rigorous weight-loss and training programme to get rid of baby weight gained during her two pregnancies.

“I gained 40 pounds in pregnancy lost about thirty after birth. I have already started my programme and I will take my Facebook family with me through most of it. They are going slow right now as almost three months since I had my second daughter,” she said.

She faces a tough task ahead that will require a lot of self-discipline and dedication.

“Well I now understand that I don’t want to lose all the weight and not have lean muscle so I’m going to work hard with the trainer,” she told Loop News in an exclusive interview.

Etana has a personal trainer and doctor who oversee her daily regimen of exercise and diet.

“I have doctor Bo Williams and Vincenzo Roccugila at a YOU FIT club [where I am in] Fort Lauderdale. I’m enjoying it so far. Do I bump into fans?  I sure do and sometimes they get loud sometimes they don’t. My work out routine will break a little when I leave for Africa and return to the tour that starts in November with myself the Raw-Soul Rebels, Ibahmar and Fyahkin,” she said.

She regrets being away from her daughters while she tours.

“Both my daughters, their grandmother, and other relatives will be in England while I’m in Africa. Then they will return to the US with me. I just don’t like to be too far away from them,” she said.

Reggae fans were not aware of Etana’s pregnancy because she worked all the way through to her last trimester. She is a consummate professional and a bit of a self-admitted workaholic.

“A lot of people may ask: ‘So when did you rest? Because you did so much in pregnancy and even right after’. My answer is always I don’t have time to rest. I will rest when my body absolutely needs it. Am I a workaholic? Yes,” she said laughing.

“You can call me that but I’m passionate about music and performing for my fans and being in the presence of my people.I am passionate about my family too so I make time for them as well but they understand when it’s time for me to move, I must,” Etana added.

She loves her children and calls her extra weight a ‘happy coincidence’.

“I am so happy I have my children. I am truly blessed and happy to be such an influential person in their lives, [as] a mother,” she said.

The singer, who recently got rave reviews for the single, ‘Way I Are’, a scathing critique on body modification by women, believes that her decision to lose weight is not hypocritical given her stance against body modification.

“Well I’m not concerned for stage but for own health. I want to look and feel healthy at all times,” she said.

Etana will be in Jamaica on September 17 to perform at a private function and then she will appear in Connecticut on September 23 at Ras Ghandi birthday bash, a Unity Entertainment Production. After that, she will head off to Africa.

Source: LOOP EXCLUSIVE: Etana opens up about her pregnancy, ‘baby weight’ and battle with the bulge | Loop News Jamaica