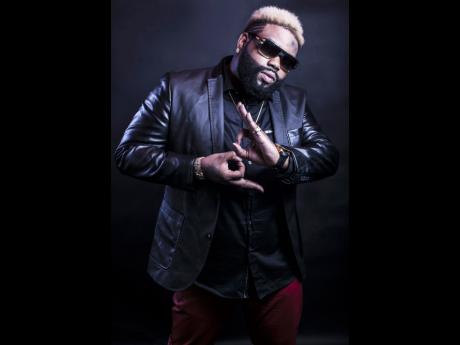 Dancehall star Demarco is getting a major international boost with the release of the upbeat single, Feeling U, which is featured on the album of Jamaican DJ KickRaux and Ras Kwame.

“I feel honoured to work with Ayo Jay and Tyga, two of the biggest hip hop stars in the game right now. Also, I feel pleased that the single premiered on Billboard.com last Friday. There are two versions to the song, the original and a Caribbean version, and there is a lyric video for the Caribbean version that is doing well online,” Demarco said.

The deejay said that there are plans to shoot a video for Feeling U soon. “The song has great potential to take off. Special bigs up to DJ Kickraux and Ras Kwame,” he said.

DJ KickRaux is most well known for his collaboration with Major Lazer for the official remix of Kranium’s Nobody Has To Know, Machel Montano’s Bring The Beat featuring Usain Bolt for Digicel’s Rio 2016 Olympics campaign, and Chronixx and Kabaka Pyramid’s Lyrikal Anomaly.

KickRaux spoke about the experience of working on the single. “Demarco is one of the most amazing artistes and he has a gift for writing catchy melodic hit songs, so teaming him up with Ayo Jay from Nigeria, Tyga and Jamaica-born London artiste with a big buzz in the UK, Doctor, only made sense. And now the song is enjoying international success, already getting heavy airplay on radio in the UK, Africa and all over,” he said.