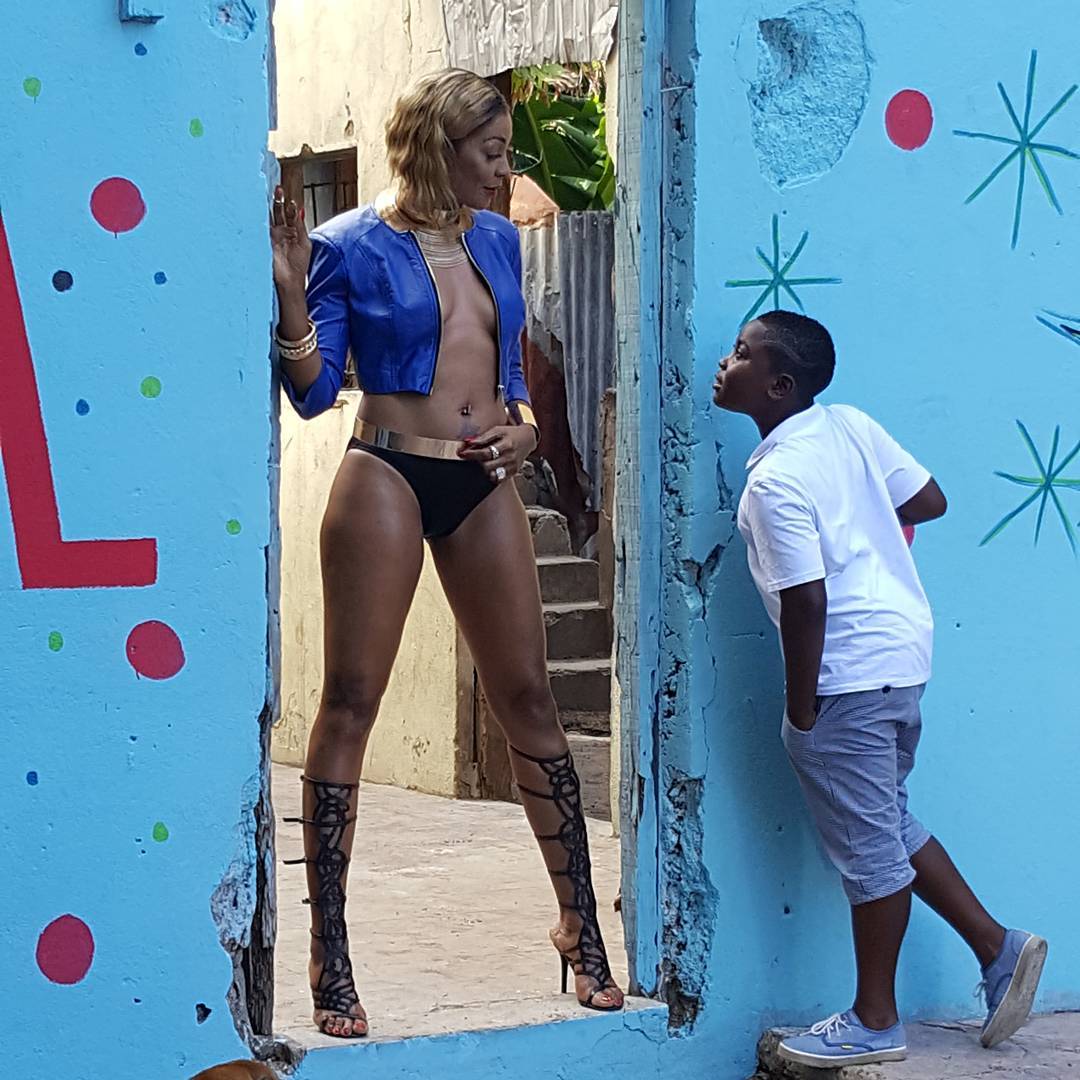 Dancehall’s self proclaim first lady Michelle ‘D’Angel‘ Downer is responding to critics of a sexy photo she posted on IG with her son.

The racy pic shows the dancehall diva on set a music video shoot. She donned only her underwear while showing a lot of cleavage in a crop top jacket while having a conversation with her son with Beenie Man, Marco Dean. She has been getting a lot of criticism on social media with some fans saying she dressed inappropriate in the presence of her son.

D’Angel says there is nothing inappropriate about it because she is doing her job and her son understands that very well. “I never thought people would be so low-minded that they would see this as anything other than a working mom doing what she needs to do,” the deejay said. 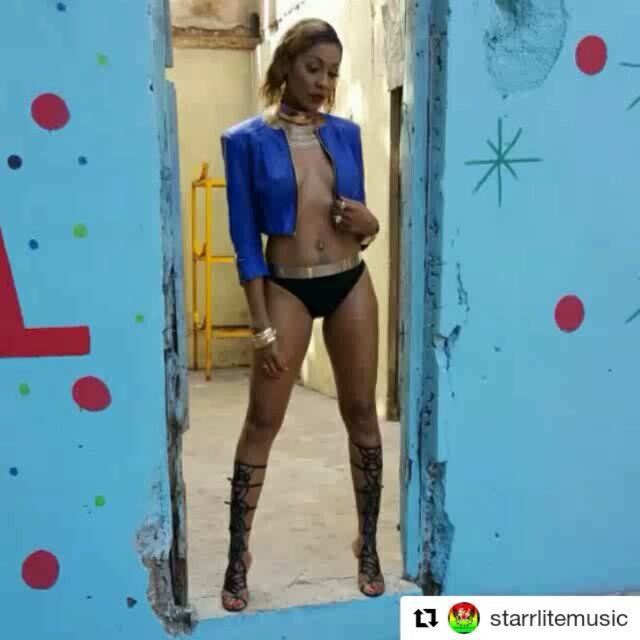 “It is what it is. My son is the child of two entertainers, and he understands what his mom does for a living,” she added. “He enjoys coming on my video shoots and he enjoys watching me work. He knows that I’m not going to walk around like that. He knows that that’s me in work mode. He knows the difference between D’Angel, the artiste, and Michelle, his mother.”

D’Angel also noted that she took great offense with anyone questioning her parenting skills but on the other hand she has no problem when anyone criticized her as an entertainer.

Source: D’Angel Responds To Critics Of Her Sexy Photo With Son