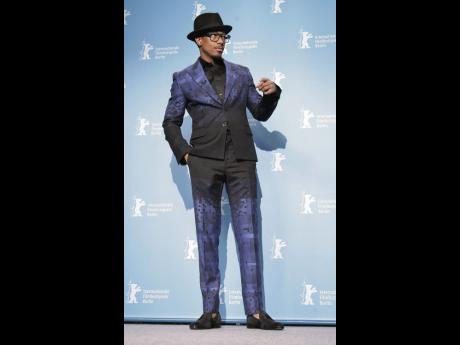 Beenie Man has proclaimed himself dancehall’s monarch in song, and now his voice is in the film ‘King of the Dancehall’ – the same name as the second track of his 2004 album, ‘Back To Basics’.

The male lead is played by someone who has more than a passing connection with Jamaica. Nick Cannon plays Tarzan, caught up in an urban jungle. Summing up the movie’s plot, Cameron Bailey says the action unfolds “When Tarzan hatches a ganja-based scheme to cover the costs of medical care for his sick mother, he has to decamp from his native New York to Kingston, Jamaica.”

Once on the Caribbean island, he solicits the help of his fast-talking cousin and makes quick headway in the world of weed. But there’s another, much tougher scene that he’s not prepared for – the dancehall.”

Cannon not only stars in, but also directs King Of The Dancehall, which will have its world premiere at the Toronto International Film Festival in Canada on September 11.

King Of The Dancehall is listed on the film festival’s website as a special presentation, assuring it a week-long, prime-time run.

And the famed Jamaican beauties have their day as the description of King Of The Dancehall continues: “Lost amid the bouncing bodies and grinding hips, Tarzan needs the help of [Kimberly Patterson] to learn the right moves. But when another woman makes her move, Tarzan is faced with the romantic decision of his life, and a choice between two very different lifestyles.”

Patterson, a local make-up artist, makes her big screen debut in the role of the leading lady, and according to film insiders, she was specifically selected by Nick Cannon to play the part. In addition to the Jamaican acting and vocal talent, Jamaica was, appropriately, the location of choice.

“About 90 per cent of it was filmed in Jamaica,” said Odessa Chambers, Jamaican producer and casting director of King Of The Dancehall, told THE WEEKEND STAR.