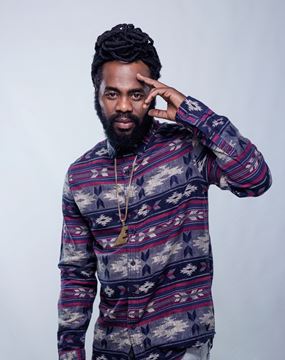 As the undisputed monarch of the reggae scene in Canada with four Juno Awards under his belt, Brampton’s Exco Levi has not let fame get in the way of creating salt-of-the-earth type music that resonates with his fans around the world.

On Saturday, Levi (born Wayneford Omaro Levy), will likely wear a mile-long smile as he’s inducted into Brampton’s Walk of Fame with four other heavyweights from Canada’s arts and entertainment world.

“It’s great to know I have been recognized for good music whose message is uplifting,” Levi told The Guardian.  “We live in a world where negativity and mayhem are in the front pages. It’s good to know, I, Exco Levi, am being feted for creating music that has positive energy.”

Levi, who splits his time between Brampton and Jamaica, has been churning out a steady stream of hits in the last decade or so. His music serves as a homage to the struggles, perseverance and spirit of humans, whether it’s Sweet Jamaica, Bleaching Shop or Life in the Factory.

The Bramptonian immigrated to Canada from Manchester, Jamaica in 2005 with a pocketful of dreams, not much in the way of money and dozens of unsung melodies in his heart.

“When you sing the truth from your heart, it’s hard not to experience true happiness,” said Levi whose fan base stretches to not just Canada and Jamaica but Europe, Africa and across the west coast in the U.S. “One of my biggest songs in Canada is about living my life in a factory. I came up with the song when I worked in a factory in Toronto. People related to it because it’s truthful.”

“Exco” an alias was inspired from his soccer idol Andrés Escobar’s name. “Levi,” which means “high priest,” was what the elder rastas (Rastafari) of his tribe christened him with when he joined the flock.

In 2007, few years after his arrival in Canada, Levi released a single, O’ Canada. The song was an instant hit and then it all fell into place.

Along with his ability to write and compose, Levi’s also exceptionally adept at recording and engineering sounds. A feat he learned at Stineam and Triple Platinum Studios in Jamaica.

“Everybody has different talents and different calling and the trick is to know what your purpose on earth is,” he said. “From a young age, I realized this (music) was my mission on earth. Recording your music is important. Today, I have my own studio in the basement of my Brampton home and I do a lot of my vocal recording there.”

Understanding all aspects of the business: writing, composing, playing an instrument and recording, all ultimately help the artist, Levi said.

One of Levi’s cornerstones of success is his ability to collaborate with other artists, DJs.