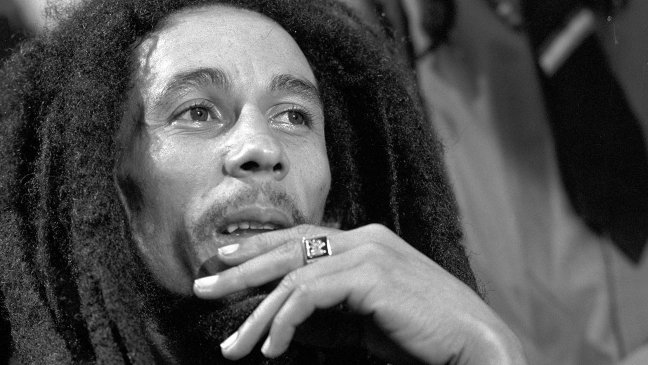 Allan Cole says he co-wrote “War” and “Natty Dread” but just recently discovered he doesn’t own the copyrights.
Bob Marley’s “War” is now at the center of a legal fight between a songwriter who says he co-authored the piece and the label that owns the copyright, according to a lawsuit filed Thursday in Pennsylvania federal court.

Allan Cole claims he wrote the words and music to Marley’s “War” and “Natty Dread” in 1974, but just recently learned he doesn’t own the copyrights.

In May, Cole hired a lawyer to help him transfer one-half of his interest in “War” to the family of former Ethiopian Emperor Haile Selassie. That lawyer discovered Tuff Gong Music holds the copyright as the “employer for hire.”

“[Cole] was led to believe that the songs were being copyrighted for him by the record company,” states the complaint. “[Cole] was never employed by Tuff Gong Music.”

Cole is suing Tuff Gong and the Island Def Jam Group, a division of Universal Music and successor in interest to the copyright. He wants the court to enter a declaratory judgment that the labels infringed on his copyrights by “fraudulently substituting others as the authors” and to require that the labels provide an accounting and pay Cole for all income they’ve received as owners of the copyright.

UMG and Tuff Gong have not yet responded to a request for comment.