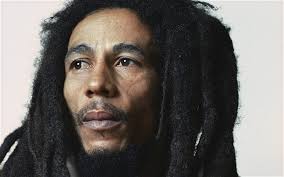 THE dance remix of Bob Marley & the Wailers’ Is this Love by Dutch DJs/producers LVNDSCAPE and Bolier continues to surge on several international charts.

Currently number 16 on the UK Singles top 40 singles chart, Is this Love is 67 in Sweden; seven in Scotland; 69 in the Netherlands; and 38 in Colombia. The original peaked at nine in the UK 1978.

The dance remix is released on Island Records, the label once owned by Chris Blackwell, to which Marley was signed.

This is not the first time that a remix of a Marley song has charted. Danish producer Funkstar De Luxe scored with his remix of

It reached number three in the UK and charted in Belgium, Finland, Spain, Ireland, Norway, Scotland, Switzerland and Spain.

Sun is Shining remix sold over a million copies globally. It was included on Funkstar De Luxe’s album Keep on Moving (Its Too Funky in Here) released in 2000.

Funkstar De Luxe later returned to the charts with another Marley remix, Rainbow Country. This was a hit in late 1999 and it reached 11 in the UK, while making the top 10 in Sweden, New Zealand, Denmark, France, Germany and Ireland.

A remix of Turn Your Lights Down Low, featuring Lauryn Hill and included on the compilation album C hant Down Babylon, was nominated in the 43rd Grammy awards for Best Pop Collaboration with Vocals.