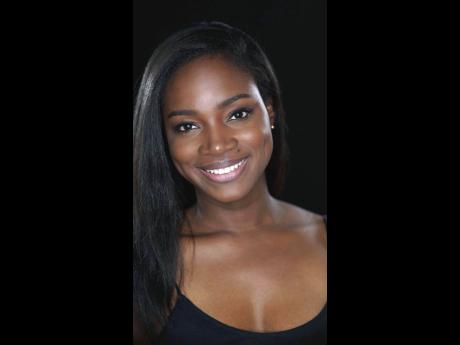 Even though he was not part of the original cast of characters, but the self-proclaimed King of the Dancehall, Moses Davis, more popularly known as Beenie Man, participates as narrator of his ‘namesake’, the Nick Cannon-directed film, scheduled to premiere at the Toronto International Film Festival. Filming began without Davis, who seemed to be out of the reach of unidentified MTV affiliates, who couldn’t find him.

“Dem did a look fi mi,” he told The Sunday Gleaner, “but I didn’t know what it was.”

Odessa Chambers, local producer and public relations professional, managed to find the elusive star informing him of the production of the new Jamaican film. According to Davis, Cannon wanted the artiste’s involvement somehow, but there was no part in the script for him.

“Him a seh him cyaa make the movie without me,” and the pair proceeded to review footage that has already been shot.

“But the movie is not about me, innuh!” he ensured to clarify. “The movie is about a dancer weh come from America and becomes King of the Dancehall. You know dem have Dancehall Queen, an’ ting an’ ting. Mi seh is a good idea.”

The ageless identifying lines in Who Am I (zim zimma! Who got the keys to my Bimma?) playing on the car radio of an early scene in the film, Davis watched as his song was used as context for a punchline – and proceeded to narrate events as they unfolded.

“From the beginning of the movie, yuh whole ting inna it,” Davis said, in an attempt to relay Cannon’s sentiment. “Nuh script neva deh deh,” he told The Sunday Gleaner. “Mi just chat some tings, but everything weh mi talk haffi guh with the movie. Suh it en’ up dat, me a narrate di movie”, without fully realising that that is what he was doing.

The Sunday Gleaner also caught up with Jamaica’s other voice in the film, the actress with the leading role, Kimberly Patterson.

“This high-energy dance film is about a young man from Brooklyn who comes to Jamaica seeking a better lifestyle in the hands of his cousin. He ends up falling in love with the culture and the dancehall scene,” Patterson said, giving her own synopsis of the plot. Patterson then provided a full breakdown of the film’s cast and characters.

“He loves the dancehall vibe,” Patterson explained, relating that she believes Cannon’s true aim in the making of this film,” was to capture “cultural authenticity”, which, in her opinion, was an effort that was “executed tremendously.” “Whenever [Cannon] comes to Jamaica, you will find him in the centre of the dance floor at Mojito Mondays or Wet Wednesdays, learning the latest dance moves,” Patterson said. “He definitely did his research before writing the script, and the cast chosen represented the characters well.

“We had two full weeks of learning choreography in order for the perfect execution of the various dance routines,” she said. “We did only one table reading, wherein the cast came together and read through the script to better grasp the concept of what the director wanted from each character.”

Cannon has touted Patterson as an “actress on the rise” out of Jamaica via his social media accounts, exuding pride in his ‘discovery’. The Sunday Gleaner learned that this discovery happened while Patterson was on the job.

“The timing was perfect in terms of working hand-in-hand with my business,” she said. Patterson has been working as an independent make-up artist for the past six years. “I was spotted in the parking lot of the Spanish Court Hotel by Nick Cannon’s team and invited to the audition. The following day, at the audition, not knowing what to expect, I was the first in for the role of the lead female. The role was immediately closed after my trial … and the rest is history,” she told The Sunday Gleaner.

“We started shooting at the end of the carnival season, which in the make-up industry, is a very productive one,” she continued, revealing that filming took place in April 2016 and wrapped up the following month. Though her business remains full throttle, Patterson finds herself among the chosen at TIFF to meet with top Hollywood casting agents.

According to RenÈe Robinson, head of the Jamaica Film Commission, in a recent interview with The Gleaner, Patterson was nominated by the commission and has since been selected into the TIFF International Actor’s Programme, which grants the actress access, insight, and advice from some of Hollywood’s top casting directors during the festival.

“This overall experience is so surreal to me! At the moment, I am just going with the flow, but it will definitely become nerve-wracking closer to the time,” Patterson told The Sunday Gleaner. “It is geared towards international actors, so that is in fact a huge deal. Nevertheless, I can’t wait to see what this programme has to offer,” she said.

Patter promises “a lot of routines and dance battles. You can definitely expect the high energy you have been awaiting”.

With regards to the direction she has decided to take her career, she believes in taking a hold of opportunities as they arise.

“This was my debut film, and I will definitely pursue acting and delve deeper into what the industry has to offer. It will be a lot of hard work, but I look forward to the experience,” she said.