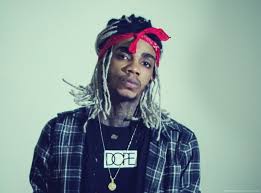 On Fleek by Alkaline was named Dancehall Song of The Year at the recent Hapilos 21st Awards show at Limelight club in Kingston.

The annual event recognises the best-selling digital releases distributed by that company.

Released in March last year, On Fleek is featured on the popular Money Mi A Look rhythm from True Loyal Records.

“We feel good to know that the hard work we have put in… and now to see the results,” Vaughn Wint, a director of True Loyal Records, told the Jamaica Observer.

Some of True Loyal’s other big hits include Anything A Anything by Vybz Kartel and Gaza Slim, 40 and Fabulous by Macka Diamond and Konshens’ Push Fi Start.

Other Hapilos 21st Awards winners are Mario Dunwell, who got the Buzz Award for Producer on The Rise; and Jahmiel — Breakthrough Artiste of The Year.