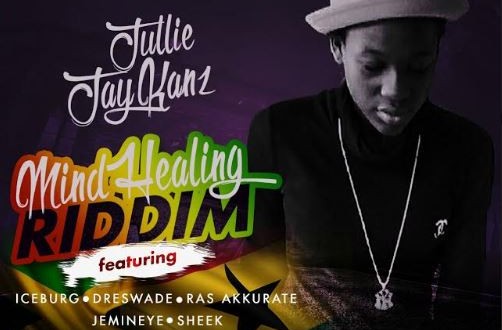 Following the successful release of her buzzing Social Media riddim, the Africa’s first female reggae/dancehall blogger and promoter Jullie Jay-Kanz is all set to unveil yet another influential dancehall promotional project.You cant deny the fact that her social media riddim has being the biggest project so far with a tally of 8 million plays and 2million downloads online and the highest number of recorded songs.

Being the first female amongst the men to host a riddim in Africa, and the second in the world after Jamaica’s DJ Sunshine, Jullie revealed on YFM’s “midweekmaadness” show that the riddim was well accepted and embraced all over the world including Jamaica.

She labels this brand new one the “Mind Healing Riddim” and she features only Jamaicans on the riddim.

The female promoter who is gaining grounds in the Jamaican music ” Market ” added that there are many projects in the pipeline and encouraged everyone to keep a watch at her works.

Mind Healing Riddim and its full promotional songs will be unleashed late September.