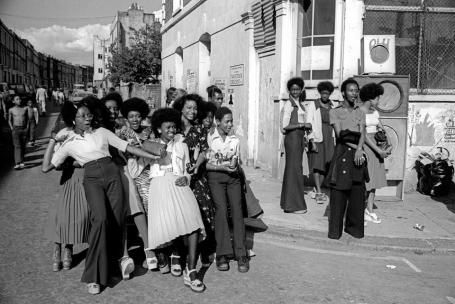 THERE has been considerable dispute about the year Notting Hill Carnival began, calling into question whether 2016 does – as many insist – mark the event’s 50th anniversary.

Trinidadian activist and newspaper editor, Claudia Jones is often credited as the ‘Mother of Carnival,’ thanks to her well-documented Caribbean Carnival – an indoor event that she organised, which took place in London’s St Pancras Town Hall in 1959.

The event is often heralded as spearheading the Notting Hill Carnival we know and love today. But for many historians and carnival aficionados, it’s not Jones that deserves the credit for the famed west London festival, but a lesser-known pioneer – Rhaune Laslett (read more about her on page 18), who organised the Notting Hill Fayre in 1966.

“Yes, in 1959, we had Claudia Jones fighting the cause against racial inequality, and one of the ways she approached that was with an indoor event that had elements of carnival, like the steel bands and calypsonians. But that wasn’t the same as Notting Hill Carnival.

“In 1966, Rhaune Laslett used the power of the arts and the idea of bringing cultures together as the basis for her idea. She engaged the steel pan group, the Russell Henderson Trio, who really made their presence known in 1964 when they began an impromptu march through the streets, which created a nostalgic moment.”

De Gazon continues: “So when it comes to the actual establishment, where you had a team putting together a programme for a carnival, Rhaune Laslett started that with her Notting Hill Fayre in 1966. In being geographically specific – as opposed to saying, ‘I was in Brixton and I started a carnival, which then moved to Notting Hill’ – you recognise that Notting Hill Carnival was born in 1966. So this is our 50th year.”

While De Gazon credits London-born Laslett as Notting Hill Carnival’s true founder, she says acknowledgement must also be given to many others for their involvement in the event’s development.

“Rhaune Laslett definitely put things in place,” De Gazon affirms. “When Rhaune left, [pioneer] Merle Major sustained the same elements of the event by continuing to involve Russ Henderson. That is why we also reconginse Russ Henderson [and fellow steel pan musicians] Ralph Cherrie and Sterling Betancourt as the fathers of the carnival.

“We would also tag [former carnival director] Leslie Palmer, who, in 1973, put a hell of a lot of work into the event. Leslie was supported by Westway Trust, which was known back then as the North Kensington Amenity Trust, and that trust was headed by Anthony Perry. So there are a lot of people to recognise when it comes to Notting Hill Carnival.”

Hailing from Trinidad, De Gazon’s role is integral to the London Notting Hill Carnival Enterprises Trust, which works to transform perceptions of carnival and educate audiences about the event. The Trust also uses carnival arts as a catalyst to facilitate education, artistic excellence, integration and much more.

“Essentially, I have to decide how best to put together a launch or an educational programme that will help people to understand all about carnival, or experience it from a different perspective,” De Gazon explains.

“Along with my colleagues, I have developed the understanding of building international relationships. So, for example, this year, we have an opening showcase where visiting countries can showcase their skills. This year we have a Liberian cultural group, a drumming group from Paris, and a few other performers.”

De Gazon adds: “Just like a museum, carnival has varying audiences – not everyone comes to carnival for the same reason. So my job is to engage with the audiences and ensure the event evolves.”

What would De Gazon say to the carnival traditionalists, who feel that through its evolution, Notting Hill Carnival has lost its Caribbean flair?

“I don’t think it has lost its flair,” she says. “The Caribbean roots are still evident through the music, the food and the presence of the steel bands. But we need to remember that we live in a cosmopolitan society and when cultures come together, there will be overlapping.

“So now, we have many cultures participating, but I don’t think we’ve lost anything. What we now have is a hybrid that still has its roots in tact. If you take the roots out, that is when Notting Hill Carnival will die.”

Working hand in hand the Metropolitan Police, the Royal Borough of Kensington and Chelsea, Westminster and the Greater London Authority, the Trust has developed new strategies to enhance the event and ensure it is managed more effectively.

“This year, we’ve moved from approximately 900 stewards to 2,000. We’re definitely starting at 10am and we’ll have live streaming of the event on our website and our Facebook page.”

“There will also be the static sound systems to provide something for everyone, as well as the world music stage featuring visiting calypsonians, as well as the Association of British Calypsonians and other emerging artists.”

For anyone thinking of going to Notting Hill Carnival for the first time this year, how would De Gazon urge them give it a try?

“We have great music, great food and the carnival spirit remains strong,” she says. “If you’re a lover of culture or you just like a good adventure, we have something for you.”