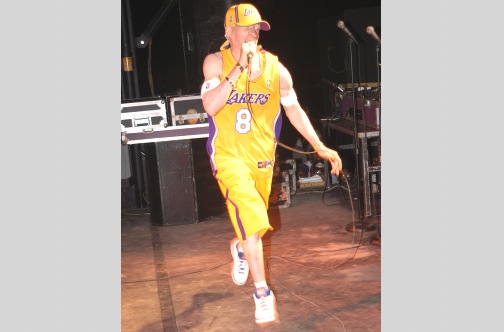 REGGAE act Yellowman turned his concert at the Brighton Music Hall on Friday night into an intense 100-minute workout that exhausted most of his fans who tried to keep up with him, according to Boston’s

.Yellowman, 60, and his quartet are currently on a United States tour.

“Yellowman began his performance in a black tee shirt and shorts, with a lime green skullcap, but soon stripped down to a muscle shirt and delighted in flexing, when he wasn’t running or jumping in place, or darting to and fro on the stage. Rail thin, and maybe 140 pounds, Yellowman nonetheless kept up a constant pace that would leave most aerobics instructors in his dust,” the article read.

He performed his most popular hits, stretching back to the early ‘80s and seldom took a breather as he segued into each song.

Nobody Move, Nobody Gets Hurt; Operation Eradication; a cover of George Thorogood’s One Bourbon, One Scotch, and One Beer; and the sensual Yo Yo Baby were well received.

Yellowman performed three tracks with a guest named Carrie, but their duet of Fats Domino’s hit

Blueberry Hill was their best effort.