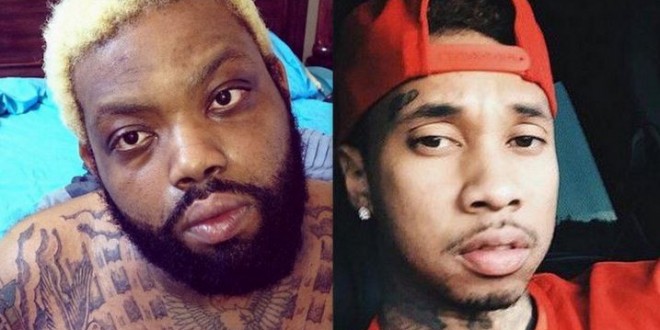 Tyga is feeling dancehall music right now just like the rest of the world.After traveling to Jamaica in June to shoot a music video for “1 of 1” and get to know his Jamaican roots, Tyga also recorded a new single with dancehall deejay/producer Demarco. The track also features two up coming artists name Doctor and Ayo Jay.

“The link was made through Blade of SocialYaad, who is friends with KickRaux, to organise the collaboration,” Demarco said. “KickRaux is Portmore-born and loves dancehall, and we made the link. It was great working with him. We shot up the song inna the studio and the rest is history.”

The single “Feeling U” will appear on KickRaux upcoming album Ras Kwame due later this year.

“With Feelin U, the first single off my and Ras Kwame’s album, I wanted to make a feel-good song that promotes a positive message,” KickRaux said. “Demarco is one of the most amazing artistes and he has a gift for writing catchy, melodic hit songs, so teaming him up with Ayo Jay from Nigeria, Tyga and Jamaica-born London artiste with a big buzz in the UK, Doctor, only made sense. And now the song is enjoying international success, already getting heavy airplay on radio in the UK, Africa and all over.”

The single has been getting a lot of airplay with several local and international radio stations picking it up for their daily rotation.

KickRaux is a Jamaican-born producer known for his work on Kranium “Nobody Has to Know (Remix)” and “Lyrikal Anomaly” a collaboration between Chronixx and Kabaka Pyramid.

Source: Tyga and Demarco teams up for “Feeling U” single |