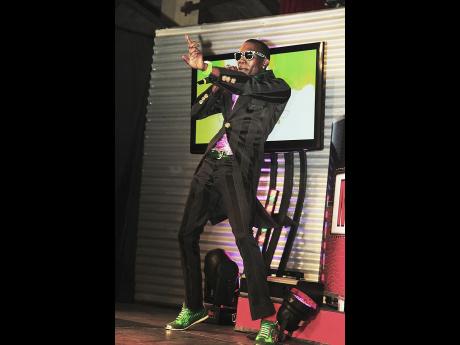 Dancehall artiste Tanto Blacks is expecting an increase in bookings over the next few months especially from promoters in the United States, following news that he has received his United States visa.

The energetic performer told THE STAR that his phone has been ringing off the hook since he made the announcement via social media yesterday.

“The phones are going crazy right now, and it’s just a great feeling,” he said. “I can now travel to the US. Every dancehall artiste know say US is the real deal, so that is the visa that you really want, so thanks be to God.”

The entertainer broke the news via a video post to his Instagram page on Tuesday afternoon. In the video, Tanto is seen holding his Jamaican passport. He skips a few pages to show his Canadian visa, before skipping another few to reveal the US visa. Fans of the entertainer have since flooded his account with congratulatory messages since the announcement.

In his interview with THE STAR, Tanto also revealed that he has already been booked for several shows in the coming weeks with the first show as early as August 30.

“My booking agents from Solid Agency say them a get nuff call. People want to see Tanto in the US, and I’m happy,” he said.

Tanto added that he is looking forward to entertaining his fans in the United States, and he promises that his performances will be great.

Now that he has secured the US visa, Tanto is not expecting to fall off this high anytime soon. He expects to be fully booked for the rest of the year.

“A we say real rich, enuh. We always rich and is not just about money. We rich with life and rich with nuff blessings, so thank God for everything” he said, noting that the visa was granted earlier this month, but he waited until he had it in his possession to make the announcement.