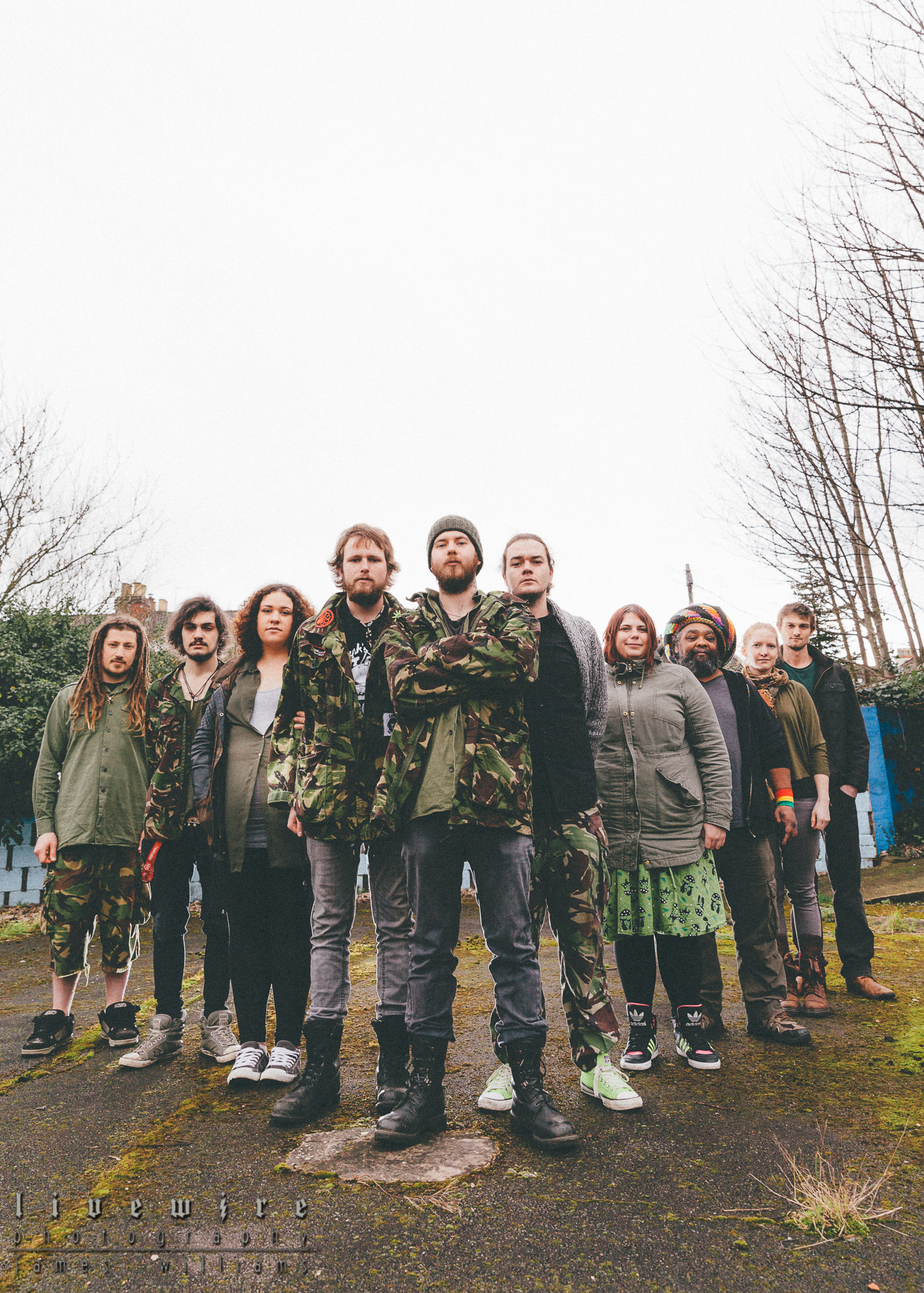 It was love at first sight, and first sound, as Jon was in the reggae band, King Soloman.

“It took me back to when my dad would play reggae cassettes and whistle along,” said Emmy, originally from Highworth.

She was soon signed up for the band herself and now juggles her time between gigging, recording and being a mum as she and Jon now have a child.

“It’s quite full on sometimes, but it’s great to have a common interest we are both so passionate about and have someone to practice with,” said Emmy.

The couple will be performing with King Soloman at a local gig this weekend at Tadstock Festival, Kencot Hill Farm in Gloucestershire.

Emmy and Jon now live in Cheltenham, but growing up the singer attended Warneford School and then the Academy of Music and Sound where she learned to play guitar and joined a band called The Hippie Club. Her next musical adventure was a duo which morphed into a four piece called The Casual Ties with Phil Legende from Drive Recording Studios.

From a little girl Emmy was an entertainer, joining the Highworth Amateur Dramatic Society when she was 10 years old.

King Soloman are about to launch a new album and have had a summer full of festival gigs including Boomtown, and One Love.

“This summer we have also been given the opportunity to perform with the legendary Brinsley Forde, Asward’s front man,” said Emmy.

The reggae kings will be joining 30 other artists at Tadstock which is a non-profit event partnered with the Cheltenham-based charity CCP which improves the lives of children and vulnerable through their music driven initiative.