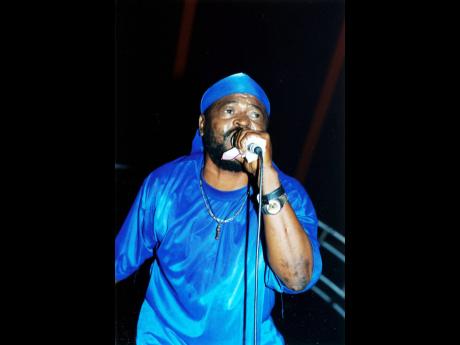 Veteran producer Trevor Elliot will release a tribute album to the late Sugar Minott. Titled Sweeter Than Sugar, the compilation will drop in 2017 and features artistes who worked closely with Minott.

Elliot told The STAR he wanted to pay homage to a man who made significant contributions to the country’s music industry. “Sugar Minott was instrumental to the development of the industry in Jamaica. “Minott was one of those singers that had soul and his music had meaning. He inspired and influenced so many including myself,” he explained. “He was also very instrumental in giving me a start in the business. When Sugar passed away a couple of years ago I didn’t imagine that the project would come so quickly together but with the cooperation of the artistes on the album it came together beautifully. I can’t wait for the people to hear it.”

The album will be released first on all digital platforms before being released physically. Aside from the songs done by the featured artistes there will be three songs that are Sugar Minott originals. “There was an acapella song he did called The People Got To Know, then there is a song that I produced called Believe In Yourself and I got permission to use a song that was produced by Vernon Maytone,” said the Florida-based Elliot, who has worked with Edi Fitzroy, producing songs like The Gun and Princess Black.

Two pre-released song from the album are doing well according to Elliott who expects the compilation to top charts worldwide. “Never Gonna Give Jah Up by Tony Tuff and Hard Time Pressuring Babylon by Asante Amen are getting airplay all over the place and have been getting very positive reviews so I expect the project to do well when it finally gets out there,” Elliot said. The album also features Tristan Palmer, Nina Karle, D’Empress and Marcia J Ball.