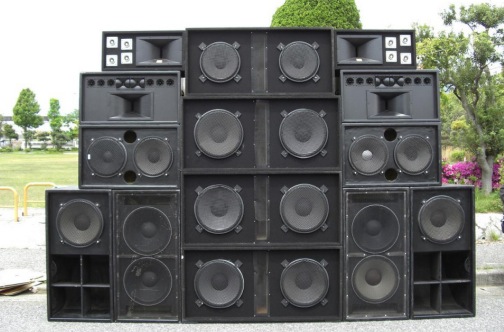 Organised by the team from the Bass Odyssey, the event has attracted sound systems from Jamaica, Switzerland, Japan, Brazil, and the United States, which will all deliver their brand of reggae and dancehall music.

Jamaica Observer that the event has been generating a fair amount of buzz, and everything is coming together nicely.

“We are very impressed with the calls we have been getting. The response is definitely more than we expected, and we are pleased. What Jamaica Sound Fest is offering is a complete package. This is different from what the other sessions over the summer, and for the entire year, have been offering patrons, and that we believe is the reason it has been drawing so much interest.”For Walford, the interest lies in the unique blend of ‘sounds’ which will be showcased.

“The event starts with Bob Clarke playing vintage Jamaican music, starting at eight o’clock. This will reach out to that segment of the market which supports the early years of the local music industry. The international sounds will then be next, and it will be great to hear their take on our music, how other countries play our music, the different feel of our culture through the eyes of the world. The way their selectors interact with an audience, how the chose dubplates… it will be a great comparison.”

With the Olympics on in Rio, Walford and his team selected Muamba system from Brazil to add to the international line-up. Other foreign sounds are Magash from Switzerland, Fujiyama from Japan, and Soul Supreme out of the US. They join the established players in the local scene — Stone Love, Firelinks and Bass Odyssey, and up-and-coming sounds Choice Movement and Bredda Hype.

Walford further explained that one of the features is that all the sounds will have to set up their own equipment. This, he said, aims to bring back the feel of the early days when it was not just about the selector, not also the technical capabilities of the sound.

He said the event is also about shining a light on another area of the music which has played its part in the development of the culture of Jamaica.

“I don’t feel we are getting our recognition here in Jamaica. The world has caught on to the music and culture and we are still getting a fight. From the Noise Abatement Act to other things, people don’t realise that it is the music; that a lot of other countries have beach and sun, but nobody else has a culture like ours and a music like ours. We realised that something was missing, and so we came up with this festival to make certain the days of old and the original sound system concept is brought back,” said Walford.