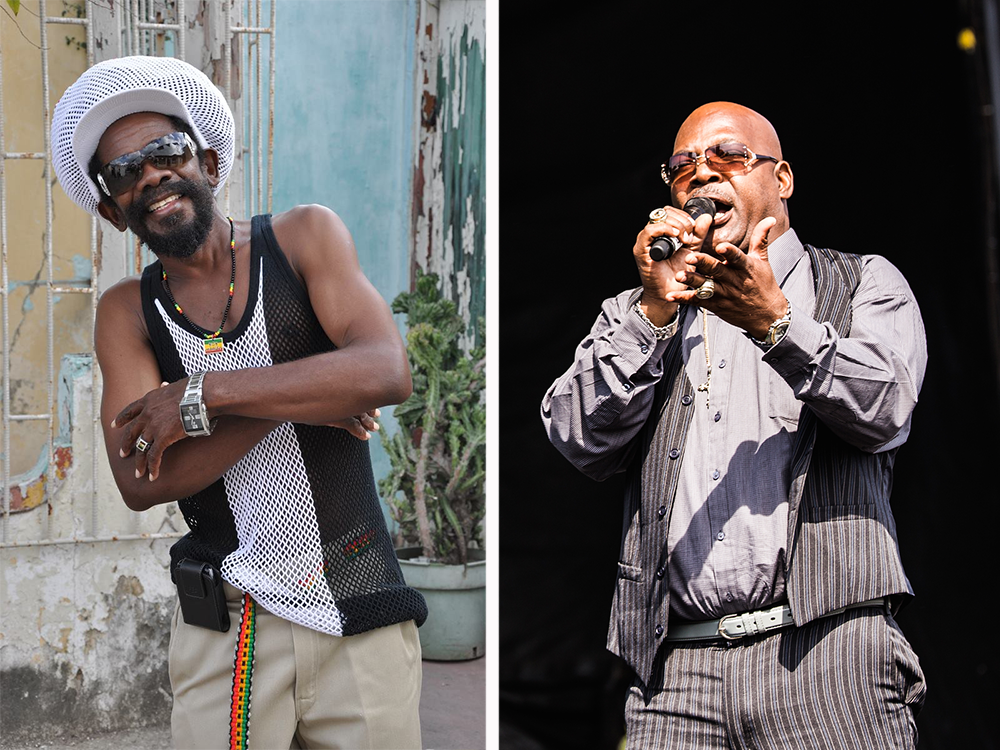 Thirty-five years after the death of Bob Marley, the legacy of the global reggae icon looms large.

Following Marley’s death from cancer in 1981, the dancehall generation took over and would go on to dominate the airwaves, often celebrating girls, guns and drugs in “slack” lyrics.

“I wanted to carry that banner,” says Wales, who named himself after the Clint Eastwood western The Outlaw Josey Wales and rose to fame in the 1980s. “When Bob died, no one wanted to make those sacrifices. It was harder to sell culture, reggae culture, to sell music about (fighting) war and starvation. We got a lot of fly-by-night songs because sex sells.”

Wales will join Charlie Chaplin and Brigadier Jerry at the 13th annual Montreal International Reggae Festival (MIRF), which returns to Jacques Cartier Pier in the Old Port from Friday, Aug. 26, to Sunday, Aug. 28. The pioneering trio came of age freestyle toasting as “sound system” DJs (the Jamaican word for MCs) in Jamaica, where sound systems played in warehouses and on the streets. These sound systems became hugely important in exporting Jamaican music internationally.

Wales worked for the Stur-Gav Sound System, owned by his mentor U-Roy (a.k.a. the Originator), whose Jamaican toasting — where DJs talk over the music they play — largely influenced American rap music. U-Roy and Wales would go on to collaborate on the 1992 album The Teacher Meets the Student, and Brigadier Jerry, Wales and Chaplin performed with U-Roy at the Montreal reggae festival in 2009.

“There was no real rivalry between myself, Charlie Chaplin and Brigadier Jerry. They are gentlemen, we have good relationships and they are my friends,” says Wales, whose reunion with his two colleagues on Sunday has been dubbed Original Three the Hard Way. “But U-Roy and I didn’t see eye to eye on many things. We are no longer really on speaking terms.”

“Culture and conscious lyrics are so important, especially during our times,” he says. “When you have (positive) messages, they stand the test of time — look at Shakespeare, or Martin Luther King and Bob Marley. They said important words that connected with the people. So I think it is important to write cultural lyrics that resonate with the people.”

Cocoa Tea became hugely popular in Jamaica in the 1980s, bucking the dancehall trend of slackness and becoming a global star in the 1990s. “It was very difficult, but I stayed true to myself and kept the faith. Bob Marley lives on even now because of his words and music, preaching love. It might not work in the short term, but in the long term it’s the only way we will bring people together. You have to give them something to reflect on.”

Reggae festivals around the world are helping to keep the genre alive, as mainstream radio plays less reggae since the crossover peak of Marley and the Wailers. “Reggae festivals have helped my career, and they inspire and teach people about the music,” Wales says.

Cocoa Tea says festivals are important to the continued growth of dancehall and reggae. “They are even more important than those in Jamaica, because support for reggae does not (really) come from Jamaica anymore,” he says. “In my travels around the world, white people are more ardent supporters of reggae than black people. They and their children are very important and continue in the same vein supporting reggae. So it is very important for us to have reggae festivals around the world. Festivals like Montreal’s are so important to the survival of reggae.”

MIRF has showcased countless legends over the years, from Jimmy Cliff and Marcia Griffiths to Luciano and Gregory Isaacs. Dancehall stars such as Sean Paul, Shaggy and Lady Saw have also headlined the festival.

“Reggae music has enjoyed a long history in Montreal, going back to the late ’60s,” says festival founder and president Eric Blagrove, of Blagrove Productions. “We are proud that MIRF has contributed a positive musical vibration to our city of festivals for 13 years.”

Cocoa Tea performed at the inaugural edition of MIRF back in 2004. This year will be his fourth appearance at the festival; he headlines on Friday.

“I always get a big welcome when I come to Montreal,” Cocoa Tea says happily. “There is such love, because there are people from all over the world in Montreal, and we are not here to preach division or discrimination. Your class, your colour, your gender, your creed or sexuality —­ it doesn’t matter. Reggae music is designed to bring people together.”

With his instantly recognizable voice, singer Barrington Levy, whose Acousticalevy was nominated for best reggae album at the 2016 Grammys, headlines on Sunday.