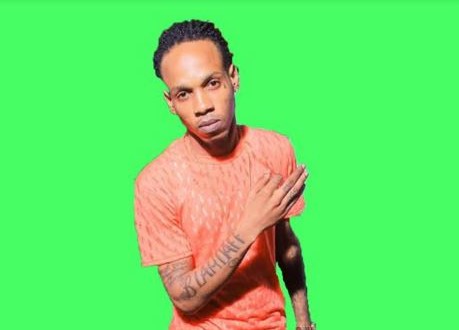 As the heat of the clash season rises, it seems temper is also flaring at the True Gift Entertainment recording studio as Raytid releases a diss track for Versi.The song which is titled Burial Ground, is an answer to a song done by Versi dissing Demarco and his ‘Bun Up Gang’ (TGE), the camp to which Raytid is signed. This new ‘beef’ came about since Demarco recorded the controversial track We Run the World, which intimidated Versi to reply on a rhythm produced by Jay Crazie, former engineer at TGE.

The song titled Dead Already, threw jabs at the bun up boss for referring to Versi as ‘dead’ on TGE’s controversial internet program “Talk Yuh Mind” and counteracts Demarco’s We Run the World.

While the drama seems like petty child’s play, Raytid’s Burial Ground, produced by Social Yaad records, fires lyrical shots at Versi, calling him ‘dirty child’ and an artiste groupie. The song came as a surprise to many as very few knew about this ‘war side’ of Raytid. Burial Ground takes this feud to another level as we await an answer from Versi.