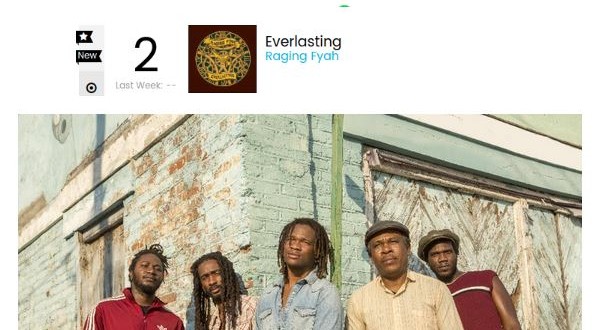 2016 has been nothing short of an exciting whirlwind for Jamaica’s most promising young act, self contained band Raging Fyah. Pele, Demar, Anthony, Courtland “Gizmo” White and Kumar have witnessed their 3rd studio album “Everlasting” debut at #2 on the reggae billboard chart and making it’s way unto the top 10 of CMJ World Charts.Recently back on their beautiful island of Jamaica after a successful tour of Europe and U.S, the band who is gearing up for yet another musical trek to Europe has received the honor of being nominated for an International World & Music Award (IRAWMA). The band was nominated among some of Reggae’s most distinguished names for Most Outstanding Show Band Group. The nominees are Grammy award-winning Morgan Heritage, legendary Inner Circle, Fab 5, New Kingston and Raging Fyah.

Speaking on the news of their nomination, the band stated “This isn’t about winning for us, it’s about spreading love through music. We are humbled by the nominations especially in the category with bands we admire and respect. This means a lot to us. Thank you to the IRAWMA.”