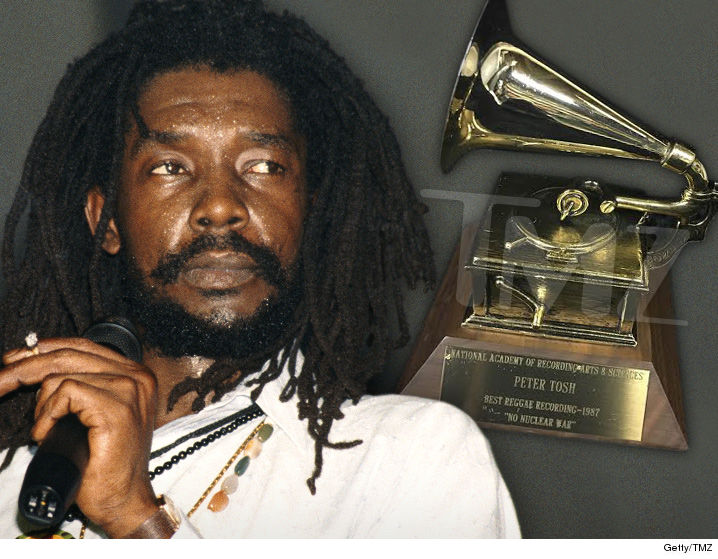 It has been rumoured that members of the Tosh family have allegedly pawned the singer’s treasured pieces of memorabilia.
According to international media, Peter Tosh’s 1987 Grammy for Best Reggae Recording and one of his Martin acoustic guitars now belongs to Dylan McDermitt of LBC Pawn in Somerville, Massachusetts.
Reports are that, about five months ago, a Tosh family member went into the store to pawn the items.
McDermitt reportedly jumped at the opportunity and snatched the Grammy for $4k and the guitar for $2k more.
It is understood that the relative was pawning the items due to a family battle over the Peter Tosh’s estate.