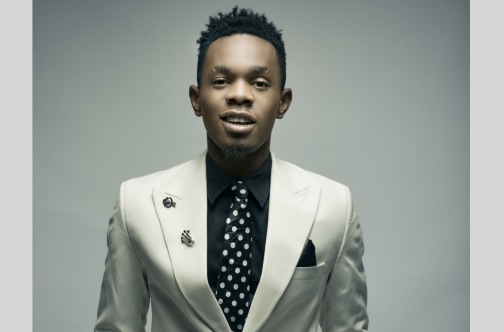 His debut, God Over Everything, which debuted at number four last week, is down to number five.

Released by VP Records on August 1, God Over Everything posted first-week sales of 385 copies.

The 26-year-old Patoranking (real name Patrick Nnaemeka Okorie) began his career collaborating with African artistes such as XProject, Konga, Slam and Reggie Rockstone. He signed a record deal with Igberaga Records in 2010.

In February 2014, he signed a deal with Foston Musik and released Girlie O, a song that put him in the limelight. That year, he won Nigeria’s Channel O Music Video Award for Best Dancehall/Reggae Act Of The Year.

Elsewhere on the Billboard Reggae Album Chart, Stephen Marley’s Revelation Part II: Fruit Of Life slips to number two. To date, it has sold over 5,764 copies.

The VP Records’ compilation, Reggae Gold, moves one place up to number six, while Vybz Kartel’s

King Of The Dancehall rose five places to number eight.

American singer Joseph Israel’s Paradise entered at number 11 last week with 81 copies. It is the Arkansas native’s first ‘charter’ since Gone Are The Days peaked at a similar position in 2007.