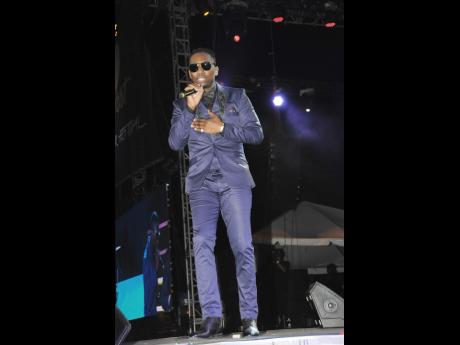 Our Music, Our Festival, the tagline for the recent Reggae Sumfest 2016 in Montego Bay, St James, seems to have resonated with a number of the performers.

I was, unfortunately, not able to be there, but courtesy of the high-quality video coverage, like anyone who cared to take a look (there are lots of videos on YouTube) I got an excellent feel of the stage action.

(And, at points, I got a glimpse of the audience as well. So those who were thinking – or even wishing – that the Reggae Night crowd would be dismally small as there were no acts with accents flying in for the show to great fanfare, it did not quite work out that way.) 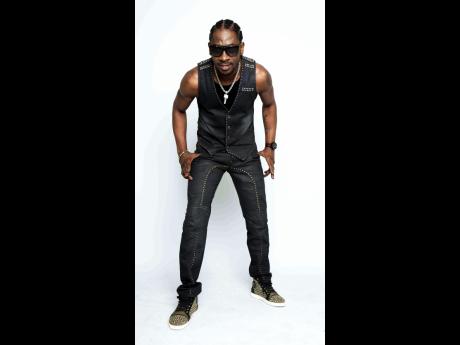 Bounty Killer, the man whose onstage quips tear up audiences like they are hit songs, combined the slogan and the festival with his opinion of some unnamed overseas Sumfest performers in his inimitable style. Performing on Dancehall Night, he said:

As for himself, Bounty said, “Me never do a International Night, but I surely got a very, very international voice.” (Only the Killer, the master of spontaneity and manipulating language, could find a way to rhyme ‘night’ and ‘voice’ and flatten an audience). Aisha Davis came on stage for It’s A Party and Sumfest loved it.

Busy Signal also endorsed the festival’s theme and seemed less than impressed with some of the previous Sumfest performers from abroad, as at the end of the day, it is the Jamaican artistes who make a really good impression on the audience. Which is so true. How many times have we read reports that Barrington Levy or Cocoa Tea or some other Jamaican act ‘saved the night’ at Catherine Hall?

So the new direction, which actually helps Sumfest live up to the ‘Reggae’ in its name, seems to have worked,

and based on what it takes to bring in an American act, it should certainly have been better financially.

And why should it not? Rebel Salute works very well (certainly in terms of attendance) January after January. I would be very surprised if A St Mary Mi Come From does not work very well at the Gray’s Inn complex tomorrow night into Saturday morning, and they are heavily reggae based, with a dancehall component. So many reggae-based events have attracted thousands of people in Jamaica repeatedly, and while most have faded, Sumfest will not have the financial issues they have had in terms of sponsorship.

Still, it remains to be seen to what extent as a nation we embrace the mantra, ‘Our Music, Our Festival”. The passion and pride with which Josef Bogdanovich, who tried Sting before and now seems settled on Sumfest, speaks about the effect of Jamaican popular music on people worldwide and its economic potential, is impressive. However, transferring that to a population that may just see an event as something they go to and the post-festival dialogue is limited to who ‘mash up de show’ is going to take some doing.

Busy Signal’s tossing of the microphone caused some ripples, but we should pay attention to what he said before. He was upset at a time limit being imposed – or maybe how it was communicated, as he said, nobody should show him a watch. He said he was doing well – and he was, although it can be hard to tell from a recording, but he seemed in spanking good form, and I have seen him live before when he was not – and the crowd loved it, which they did.

Then he indicated to someone and said, “You, you see if Corporate Jamaica neva like me, me deal wid yu wicked. Me have too much fi lose.” So the influence of businesses affiliated with dancehall made a difference, and as the interweaving of business and music continues, bears deeper investigation. Busy later added that it was his first time on Reggae Night and no one should spoil the night.

A lot has been said about Sanchez and his superb singing, but there was a comment he made which summed up the attitude towards ‘fluffy’ by many a Jamaican man, including myself. At the end of one song, he hailed all the fat ladies and there was a crowd reaction which called for further explanation.

So Sanchez clarified that he did not mean fat, he meant plummy. Nuff lighter and torch for that Sanchez. Many of us feel the same way.