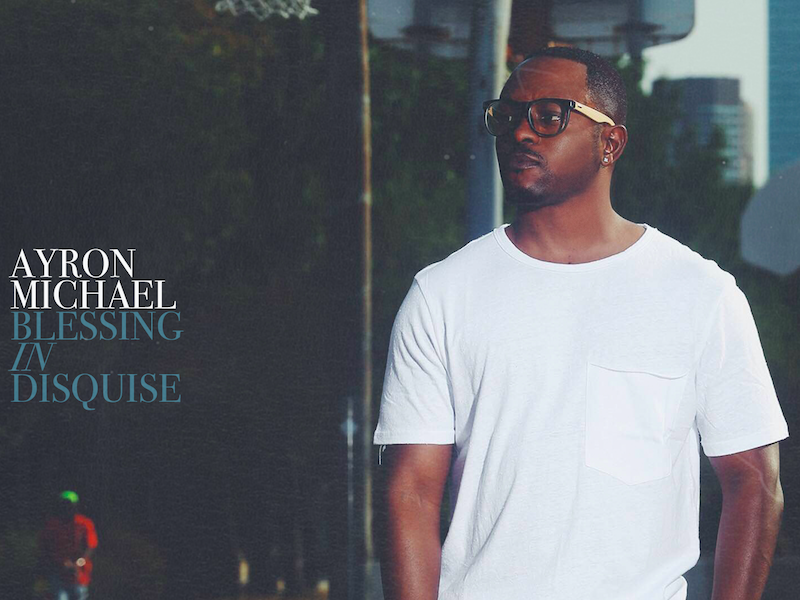 [With an overnight relationship brewing with FM Records, R&B singer Ayron Michael and reggae producer Kemar McGregor break down how their upcoming “Blessing In Disguise” single came together. Artwork courtesy of Sabrina/Urban Hitchcock]

This record is unique because this is the first record that me and [FM Records owner/founder] Kemar [McGregor] worked on together. We worked on two records after that but this was the first one.

I had never done anything prior to this which had a reggae flare to it and this song has it. I’ve always done songs where the content was on relationships

But this one was very unique because this is all about the fact everybody goes through life trying to look for that person and nine times out of ten, that person was always in front of you. It takes a while for you to realize that and this song is about that very moment when you realize that the person you’re supposed to be with was in your face the entire time you’ve been overlooking but something made you look this time.

The blessing is you were able to notice at the right time and you didn’t miss your opportunity. That person in that very moment was the blessing in disguise because your eyes were the ones that were closed, not theirs. –Ayron Michael

I have done a lot of songs with reggae artists but this song was one that I wanted to produce as a pop record song which had more of a pop element and less reggae.

I’ve been searching for a unique artist to record this from and actually I submitted this song to Akon and reggae artist Gyptian. I said, “No, I want to find somebody that’s upcoming and talented to do the song.”

Then I was introduced to Ayron and the moment I heard some of his demos, I was like, “Wow. This is the artist that I need to get to record this track.”

I sent this track to him and I’ll tell you, within a couple hours he sent me his demo and I was like, “Wow! This is it!” It was the icing on the cake. -Kemar McGregor

“Blessing In Disquise” is set to officially premiere September 9th.