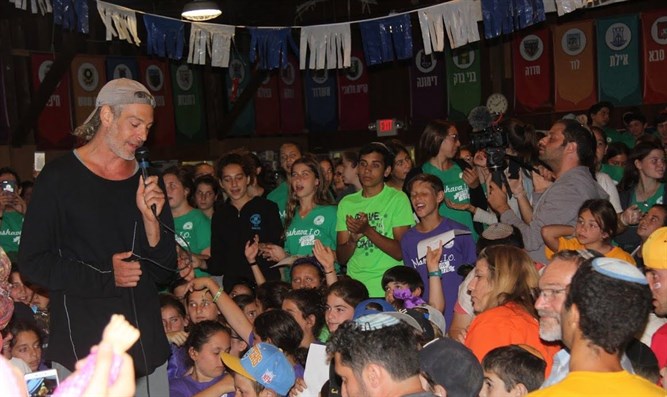 International reggae superstar Matisyahu surprised the counselors and participants of the Bnei Akiva Camp Moshava in Honesdale, Pennsylvania when he dropped in for a surprise concert.

Matisyahu, whose children are among the camp’s participants this summer, initiated the special performance.

The Jewish reggae singer took the camp by surprise in the dining room, giving an impressive show with hits like “One Day”, “Sunshine” and “Jerusalem”.

Before the song “Jerusalem”, one of the leaders of the camp made sure to teach the kids a lesson in Zionism, including a reference to a 2015 show in Spain where Matisyahu performed despite anti-Israel protests.

The camp official who gave the impromptu lesson in Jewish history and Zionism then broke down when announcing to the camp-goers that Matisyahu had decided to sing “Jerusalem if I forget you”. True to form, Matisyahu embraced the official, before launching into “Jerusalem”.